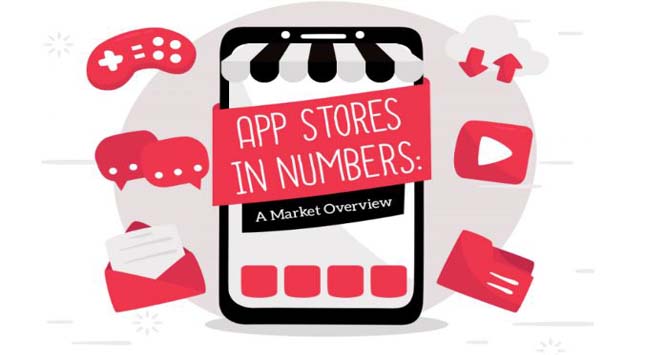 Did you know that there are now more than seven million apps across all platforms? As this infographic from ERS IT Solutions shows, the apps market has become an incredibly lucrative one over the last 10 years.

Today, the average smartphone owner uses nine apps daily and spends 121 hours a month using apps on their mobile devices. In 2021, market projections estimate that there will be more than 350 billion app downloads worldwide. Only two years ago, the figure for global app downloads came in at just under 200 billion, suggesting that there will be a near-twofold increase in the space of only four years.

Unsurprisingly, with the apps market now spreading its tentacles to every part of the world, the industry is an eye-watering money-spinner for those strategic and fortunate enough to be at the forefront of it. The industry has an estimated net worth of $950 billion, with most of its revenue generated from games apps.

Notably, while Google Play Store has a far superior choice of apps compared to the App Store, the latter takes in 70% more revenue annually. To find out more statistics such as these, take a look at the infographic below.