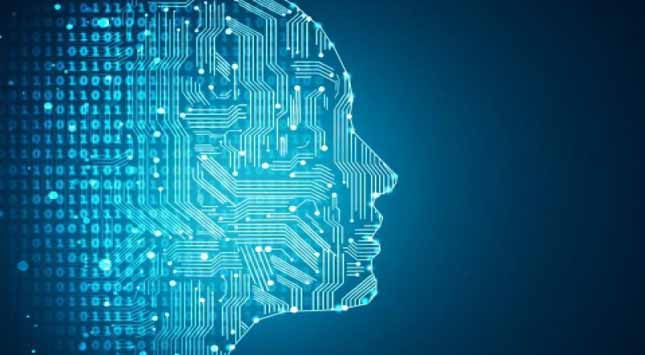 Going Back to Its History

The Artificial Intelligence term was believed to be coined first by John McCarthy, a computer scientist at the Dartmouth College Summer Research Project on AI in 1956.

He then started the Project MAC in 1963 that later would become the MIT Artificial Intelligence Lab, thus the AI era began to be realized. A lot of scientists, mathematicians, intellectuals, physicists, and philosophers even began AI work.

The known father of the expert system, Edward Feigenbaum developed in 1980 a computer that could make a decision the same way a human could. Inventions and researches continued in the years that followed, including the Artificial Neural Network and Robotics among others.

You may like to read about: word scrabble app

Fast-forward to the 20th century and people know how to use ‘Hello Google’, ‘Hey Alexa’, ‘hi Siri’, ‘Cortana’ and other virtual assistants, chatbots and voice assistants that are AI-powered.

In the competitive market today, AI has become a topic of growth and exploration in the business sector. The trendsetters in the app development world continuously try to introduce new features into their mobile apps.

Artificial Intelligence helps app developers make cut-throat competition with processes that are hassle-free. Since the advent of this tech, the industry has altered for both retailers and customers.

No denying about it, mobile applications have become an integral part of the lives of people from all walks of life. Moreover, they’re one of the most important tools for organizations to grow their consumer as well as user base. Mobile app development has become a very lucrative venture for developers all over the world.

The most robust medium for eCommerce, visibility, user engagement, communication, customer service today is mobile apps. Thus, AI is changing the development of mobile apps for those revamping their application ideas into reality.

Areas where AI is Making a Difference in Mobile App Development

Artificial Intelligence-based virtual assistants and chatbots are getting to be the industry standard integrated into mobile apps. Ai-based assistants rely greatly on machine learning and data algorithms. These assistants furthermore are revolutionizing the user engagement and user experience on apps.

Among app developers and organizations, chatbots that are AI-based and powered have become a big hit. Conversations could be performed human-less with Ai-based chatbots in mobile applications. Moreover, industries could use the same human resources to tasks that are more ‘exciting’. Chatbots are already in the majority of banking, financial, and eCommerce applications.

The biggest example of a speech recognition system that’s based on AI is the Voice Assistant of Google and the Siri of Apple. These systems could search the web, do calls, open applications, play songs, send out messages, reminds, schedules provide calendar events, and answers a lot of queries.

For a mobile app that has a big user base, meaning millions of users, how hard would it be to classify inputs by every user? Imagine an individual doing it. Pictures in particular on social media apps must be classified in order to protect the platform against offensive, objective, and pornographic content. Thanks to ML and AI, the process has become easy.

Within seconds, a picture could be classified and stopped from getting published. The image recognition and classification services of Microsoft and Google are pioneers in this field. These services could be integrated easily with app development and offer apps that put restrictions on certain images.

4. App Suggestions that are Location-Based:

You would know what this is all about if you have used the ‘nearby’ feature of Google Maps. Such suggestions based on location are powered by an AI engine, which works under the hood. The app gets the location of the user as is input and the AI engine that’s integrated into the app will look for near locations, based on the input made and offering suggestions on locations.

With more and more data use, the Machine Learning algorithm learns what your likes are and begins to give you suggestions, based on where you are located from your mobile application.

An AI branch that serves as the basis of mobile application AI-based chatbots and VS. Chatbots are dependent greatly on the NLP engine, which breaks down the complex human language into one that machines or computers could comprehend and learn from.

Apps such as WhatsApp, Facebook, Google, and others give you recommendations when you start typing. These mobile applications have the tendency to predict text based on your past inputs. It’s exactly a predictive text tech that’s based on Artificial Intelligence.

The mobile app keyboards are powered by AI and machine learning algorithms that perform predictive analysis based on past data and provide recommendations on the next text you want to type.

You may notice that when you use apps that allow promotional ads and content, you’re offered only with those ads that you are interested in. The mobile apps that use AI during development allow it to know just that. AI has altered how marketing is done these days.

These days, organizations, with the help of data science and Artificial Intelligence, know precisely what a user is interested in and offers content. You might also get product recommendations that may interest you. This is the magic of an app that’s based on AI. The Artificial Intelligence that lies beneath of mobile app hood provides you a personalized experience that is based on your inputs in the past.

The biggest takeaway is that AI is revolutionizing the development of mobile applications. Enterprises, firms, and application developers are leveraging Artificial Intelligence and the Machine Learning platform with data science help.

The mobile application development future would be done keeping in mind the Artificial Intelligence technologies so users could have a more personalized and much better experience. Surely, the future of mobile applications would be much more powerful with AI.

Joanna is a Technology Analyst at Tatvasoft Australia – A leading Mobile app development Company in Australia, She has been working for five years in the Technological domain. Her work across multiple disciplines broadly addresses the narratives of techno experience. you can find her on Twitter @BarettoJoanna.

How to Fix Phasmophobia Mic Not Working Issue

10 Windows Apps and Software Every New PC Should Have