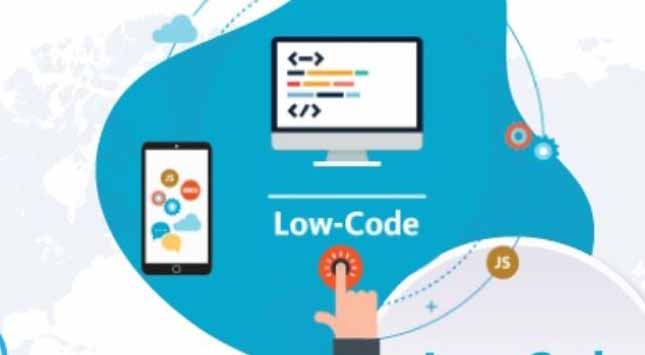 If there’s one term synonymous with the 21st century, it’s ‘digital transformation’. A buzzword in today’s age, the term signifies the transition from analog technologies to digital ones.

As customer expectations and preferences continue shifting toward more-mobile and digital experiences and ecosystems, it’s becoming more important than ever that enterprises start transforming their operations and processes to become agile and digital, primarily for maintaining a competitive advantage.

Due to this factor, businesses are increasingly focusing on creating their own software and mobile applications, but are noticing that they don’t have the adequate resources required for developing in-house apps, as the skills required for traditionally developing mobile software and apps are completely different from the ones used for web development and other information technology (IT) solutions.

While this might have been an insurmountable hurdle earlier, it is now a minor issue that can be easily solved by adopting low-code development platforms, thanks to digital transformation.

Low-code development platforms not only allow for the development of software and apps in a much shorter period, but they also allow non-programmers and people with limited programming knowledge to build applications.

What is the Low-Code Development Platform?

A low-code development platform provides a visual approach to app-development. This method allows developers to create applications for mobiles and web with the help of a drag-and-drop interface, instead of writing thousands of lines of codes.

This method relieves non-programmers from having to write complex codes and allows them to support developers, by performing the various infrastructure operations usually required during an application development process.

This way, these platforms allow for greater collaboration between the non-technical and IT teams in an organization, which, in turn, leads to the development of applications in much less time, as compared to the conventional app development methods.

What are the Advantages of Low-Code Development Platforms?

The biggest advantage of low-code development platforms over the conventional app-building processes is the fact that these platforms allow the building of apps in a much shorter period, sometimes, even within a few days. The faster development of apps leads to their quicker market launch, which, in turn, results in higher revenue for the organization.

Another major advantage provided by these platforms is the fact that they can be used by anyone for developing apps, which frees up the programmers and allows them to work on other important tasks. This way, these platforms increase the productivity of employees, which subsequently leads to higher revenue generation and business growth.

As low-code development platforms can be operated by any user, their adoption by companies eliminates the requirement for specially skilled developers, thereby drastically reducing the expenses.

Apart from providing numerous advantages to businesses, the adoption of low-code development platforms also allows them to develop applications while adhering to the privacy regulations and policies implemented by the government.

Due to the growing penetration of the internet, the incidence of cyber crimes and data breaches has increased massively all over the world. As a result, many regulatory bodies and governments are rapidly implementing stringent data security policies and regulations, for protecting citizens against such breaches.

For instance, the General Data Protection Regulation (GDPR) Act, recently enacted by the European Union (EU), defines the guidelines that companies must follow for using the personal data of the citizens of the EU. These strict policies regarding personal data use by businesses complicate the whole app building process.

However, the incorporation of low-code development platforms allows companies to develop apps while being in compliance with these policies.

Between large and small and medium enterprises (SMEs), the former have recorded the higher usage of low-code development platforms in the past. However, in the coming years, the utilization of these platforms will increase at the higher rate in SMEs.

This is ascribed to the growing affordability and availability of cloud-based low code development platforms across the world. In addition to this, these platforms tremendously reduce the cost of developing applications and mitigate the barriers faced by unskilled developers, which make them appealing to smaller companies.

Usage of These Platforms Greatest in North America

Till now, North America has observed the highest adoption of low-code development platforms in the world. This is credited to the early incorporation of various advanced technologies, huge IT spending, presence of a technologically literate population, and high spending power of the people in the region. In addition to this, the high smartphone penetration and existence of numerous low-code development platform-providing organizations have boosted the adoption of these platforms in the region during the past few years.

Scenario To Change in Future, with Asia-Pacific (APAC) Quickly Climbing the Ladder!

The usage of low-code development platforms will increase at the highest rate in the Asia-Pacific (APAC) region in the forthcoming years. This would be because of the growing internet and smartphone penetration, flourishing IT industry, and rapid economic growth of several APAC nations.

Moreover, the rising disposable income of the people in various developing countries is pushing up the sales of mobile phones, which is, in turn, fueling the surge in the requirement for mobile apps. Further, APAC nations are hubs for IT outsourcing and are, thus, receiving large-scale application development requests, thereby causing a sharp rise in the demand for low-code development platforms in the region.

Hence, it can be safely said that the adoption of low-code development platforms will increase considerably all over the world in the coming years, primarily due to the increasing requirement for mobile applications and numerous advantages offered by these platforms over the conventional app development methods.

Prior to joining P&S Intelligence, he worked with different research companies, including Grand View Research Inc., Phronesis Partners: Research & Consulting, and Genpact. Some of the projects delivered by him include DevOps, IoT, automation technologies, Natural language processing, data warehousing, and gamification.