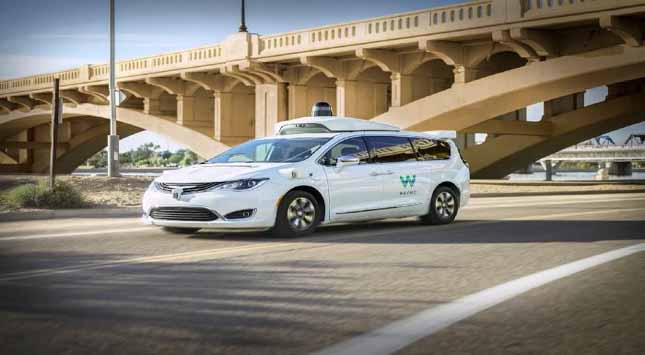 Waymo has been working on autonomous vehicles for more than a decade and its hard work paid off when the company became the first to provide ride-sharing service via its autonomous cars.

Since then, the company is filling the gap between a human driver and its (Artificial intelligence) AI driver to provide the best service possible to humans without any human driver involvement.

Its car is quite capable of picking and dropping a passenger from one location to another but the service is more complicated than that.

Waymo’s Trying to Reduce Human Error to Deal with Misunderstanding

However, such communication is not possible when you aren’t aware of such a misunderstanding.

For example, when there will be many AVs around there is a possibility that a passenger enters an autonomous taxi which supposes for another nearby passenger especially in areas such as airports, train stations, and malls.

Due to a large number of passengers waiting for their ride in the same area, there is a possibility that a passenger enters someone’s ride and is unaware of this because many a time, people are in a rush.

It is then the car to find whether the passenger is the right person or not.

It’s a normal misunderstanding but Waymo takes it seriously as the company strives to be the best autonomous ride-hailing service and wants to fill all the gaps for any errors.

A recent patent application of Waymo published by USPTO discusses how the company wants to eliminate any errors which might put its passengers in any inconvenience.

To make things easy, the company will confirm if the passenger is one who called for a ride or someone else.

After comparing the saved destination and the destination from the entered passenger, it car will identify if the passenger is the same or different.

Then, after confirmation, the vehicle will get assigned a new destination for the new passenger.

So, rather than asking the passenger to change the ride, the car will decide to continue with the new passenger.

The whole system allows reducing the time delay for a passenger for confirming the right passenger. Further, confirming a destination is a good way to save a passenger from embarrassment.

Waymo Safety Feature to Save People from Accidents

Accidents happen even when we have the steering wheel in our hands. So it’s hardly surprising when people’s worry about accidents gets multifold on the thought of an autonomous vehicle.

For this very issue, Waymo LLC came up with a solution.

In their latest patent (20200207301A1), Waymo talks about a new system of protection in cars which involves nets.

The idea of nets on your car to protect you may throw you off, you may get questions in your mind like-

Where will be the net positioned in the car?

How will it protect me?

Will it be safer than an airbag?

So let’s dive in, and find out.

As the image shows below, the net will be positioned on the hood of the car.

It will either be held up by two bars like in the images above and below.

In the case of autonomous vehicles, the system is designed to process the vehicle’s environment with the help of sensors and cameras which feed information to the system. This helps the vehicle to stop any collisions.

But sometimes accidents are inescapable.

For instances like this, the net will be useful.

Its purpose is to stop anything that would typically break into the car through the windshield. The net will keep away any stray shrapnel coming your way.

But that’s not all.

In case the car inevitably collides with a pedestrian, the net will not only save you but also the pedestrian from behind hurt by the bumper of the car.

The patent also mentions devices to absorb the shock of the accident so that minimum damage comes to your autonomous vehicle.

So it’s kind of a win-win deal, isn’t it?  In the case of a collision-

These are not great innovations but taking care of such small things shows that the company cares about its passengers and pedestrians, after all, it’s Google we are talking about.

And there is a reason why Google is one of the best autonomous vehicle companies. Further, the company is the top technology company with the most patents in self-driving technology.

So, there is no denying that the company will have a bright future in driverless ride-sharing.

But the recent acquisition of Zoox by Amazon was sure a twist. The acquisition while beneficial for Amazon it would surely be a big problem for service providers such as Uber, Lyft, etc.

And with a $1.5 Trillion market cap, Amazon has both resources and money to make these companies run for the money.

We surely get to see tough competition between the two technology giants.

Oorja Pandya is a Marketing Associate in GreyB Services, a Patent Research Firm with offices in Singapore, India, and the US.

Resigning from Your Existing Job? Follow These 5 Tips to Look Professional

Secure Storage Containers – What You Must Know Before Buying Them