Cyber-Criminality in a Cashless Society 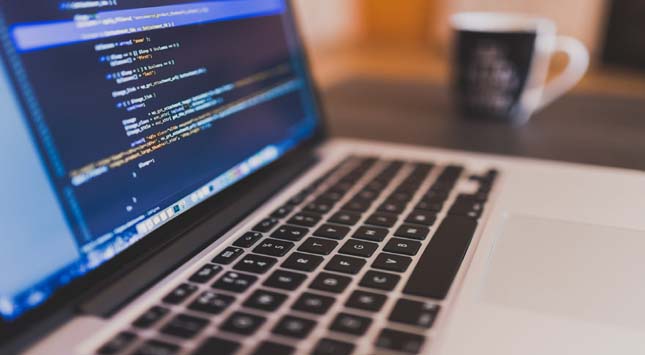 Over the past few years, the phenomenon has turned to a pandemic, infiltrating every country, regardless of borders. The current situation is grim and expected to get worse.

With the number of bots on the internet looking for vulnerabilities in websites it can be risky putting your information online. Bot detection is becoming increasingly important in safeguarding websites and the sensitive information they can contain.

Under the pressure of banks, governments, tech companies, and financial service providers, the share of cash in daily transactions have been steadily falling for the past decades, as the use of electronic wallets expands. The trend is not particularly western, and many developing countries have massively turned to such transaction types.

Among the cashless champions, Sweden has reached an unprecedented percentage of cashless transactions. According to economic reporter Liberty York, “In 2016, barely 1% of the value of all payments in Sweden was paid in coins or notes. Some expect to see this figure dropping to 0.5% by 2021.”

In Africa, the immense success of the smartphone made a perfect playground for cashless transactions to develop. Economic reporter Charlie Mitchell writes: “According to the World Bank, 73 percent of the adult population of Somalia – including Somaliland – relies on mobile money.”

What was initially thought to be an additional layer of protection eventually backfired? It was initially believed that electronic encryption and password protection would spare us the plague of theft. But as an increasing share of economies turned digital, theft simply followed the money and turned into fraud – with devastating consequences.

In every country where cashless transactions are common, criminal rates linked to fraud have soared. China, which ranks among the five most cashless economies in the world, fraud has reached 66 billion USD annually (not to mention the large share of unreported fraud). Sweden is the ninth most fraud-contaminated country in the world.

Although there was nothing pleasant with the idea of being robbed, the damage incurred by theft seldom exceeded the contents of a purse or wallet. Even in the worst cases only a fraction of a citizen’s funds were at risk, while the rest was stored safely at the bank.

As banks took over the entire economy, and not only the savings segment, the line got blurred. As a result, with cashless terminals (such as tabs and smartphones) connected directly to the bank via the online account, fraudsters have access to all of the victim’s funds, not only the small share represented by cash.

Guardian reporter Alex Hern writes: “Hackers stole a total of £130bn from consumers in 2017 […] More than 17 million Brits were hit by cybercrime in the past year, meaning the nation, which accounts for less than 1% of the global population, makes up almost 2% of the 978 million global victims of cybercrime and almost 4% of the global losses.” On average, the fraud victims in the UK lost over 7000 pounds. Expect to keep losing money, and to lose more with cashless revolution.

Instead of making theft more complicated, virtual transactions have, in some cases, made it far easier. Travel counselor Beth Williams writes: “Tech-savvy RFID pickpockets, which are also known as “digital thieves,” can now silently download your personal credit card information and ID data with handheld “skimming” devices, including some newer cell phones, that are simply held close to your wallet or purse.

Yes, the information transmits through a wallet or purse.” RFID technology enables NFC (Near Field Communication), which is used is contactless payments. Fraudsters use this technology to roam crowded areas, and skim thousands of accounts per day, without slipping a hand into a single purse.

Identity loss has aggravated the phenomenon of theft. Because money is increasingly linked to accounts, which are linked to names, a compromised account often leads to a hijacked life. Beth Williams adds: “It’s possible because many of the newly issued credit cards, driver’s licenses and all passports now have embedded RFID chips.

RFID chips send out electromagnetic signals with all the information stored on the card for electronic readers to capture. In the case of your passport, they can even broadcast your photo. RFID technology is a good thing, but in the hands of RFID pickpockets, it can be devastating.”

You May Read: E-passport

The cashless revolution is the best thing that ever happened to thieves. By operating from abroad, and from the secrecy of warehouses, offices or their own homes, fraudsters are able to greatly increase their profit while reducing the exposure to risk.

The distance between the thief and the victim is such that witnesses and testimonies are hard to find. In the unlikely event that the fraudster was identified, mounting an international operation to process him or she is hardly feasible. Law enforcement agencies confess their helplessness.

Tech reporter Ulf Wolf writes: “Computers and the Internet have made the criminal a better criminal, and while the law, again, is catching up, police don’t have nearly enough resources and expertise to catch crooks to any meaningful extent.”

A few online reporting platforms have been set up by governments but provide so little help that few victims even use them. Of course, these threats are only the ones which are covered with the general sense of cyber criminality. If one were to include in cybercrime the risk of breach of government principles, say, by a rogue agent, then the list would greatly expand.

The fact is that the rise of cybercrime has caught traditional law enforcement off guard. Not a single developed country has yet come up with a strategy to contain the rising tide. And since the lobby behind the cashless revolution has no intention of halting its push, it seems the sun will continue to shine on fraudsters for a while longer.

SMEs and SEO: 9 Recommendations to Improve Your Natural Referencing