What is Bitcoin & How Does It Even Work 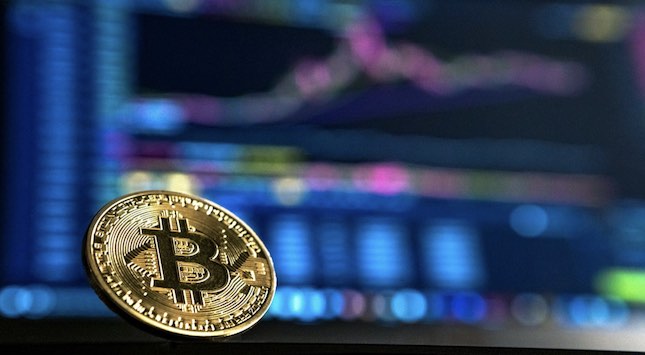 Cryptocurrency is a digital asset that allows you to convert your money into different digital currencies, such as Bitcoin.

As the most well-known cryptocurrency on the market, Bitcoin continues to reach all-time highs and lows. Crypto is becoming more mainstream every year, and financial institutions and governments are becoming more interested in the technology as consumers begin investing. In this article, you’ll learn about what Bitcoin is and how it works.

Additionally, it’s decentralized, so there is no institution, including the government or banks, that controls or manages it. People who own Bitcoin are essentially anonymous, and instead of using names, they use encryption keys to buy and trade digital coins or tokens.

How Does Bitcoin Work?

Bitcoin and other currencies are mined by computers connected by a network. When someone trades bitcoin, the network records the transaction in the blockchain, a collection of blocks that form a digital ledger.

The blocks within the chain are converted to code, which is then placed at the end of the blockchain and publicly updated. Bitcoins are stored in a digital wallet. The process is complex, so we’ve broken it down into the three main components of cryptocurrency and Bitcoin trading:

Blockchain: The blockchain is the digital ledger that records all transactions. This open-source code creates a shared history of transactions that are turned into blocks chained together to prevent them from being tampered with.

Blockchain creates a permanent, unalterable record of every transaction and allows users to know what each other owns.

Private and public keys: Cypro wallets contain a public key and a private key. Together, these keys help the owner of Bitcoin to sign off on transactions and trade them digitally.

Mining: Mining is when users on the cryptocurrency network verify transactions. Miners confirm new transactions are consistent with old transactions to ensure people aren’t spending Bitcoin tokens that they don’t have.

The Value of Bitcoin

The value of cryptocurrency tokens is determined by what someone else is willing to pay for them, kind of like stocks. In the case of Bitcoin, only 21 million tokens can be mined, and about 19 million have been mined already so the limited supply can drive up the value of a coin. That being said, there’s no intrinsic value to tokens, but the same could be said for gold.

As we’ve already stated, Bitcoin doesn’t have a central authority, government, or bank controlling the supply, and the value is up to the investors and what they’re willing to pay. This is why crypto is considered a high-risk investment; You can’t guarantee that someone will be willing to pay more for it than you did.

If you want to invest in Bitcoin and other cryptocurrencies, you can use a digital exchange that will allow you to buy and trade cryptocurrency. Using an exchange is easy, and all you have to do is use your PayPal or bank account to make a deposit into your new virtual wallet. Once you fund your account through your wallet, you can start trading in fiat currency for Bitcoin.

Can I Spend Bitcoin?

Some companies are starting to look into using Bitcoin and other cryptocurrencies as a payment method, but most inventors choose to hang onto their Bitcoins since cryptocurrency is a long-term investment. Because the value of Bitcoin changes daily, it’s too difficult to make regular purchases with it right now, but crypto debit cards are coming out that can make digital purchasing currency easier.

Many people erroneously believe Bitcoin is illegal because it’s decentralized, but Bitcoin is legal as long as you don’t use it for unlawful purposes. Buying and selling crypto is permitted, but there are still some gray areas. For example, many investors don’t realize that they must pay taxes on Bitcoin, and they think that the IRS won’t monitor it because it’s decentralized.

However, the IRS expects you to pay taxes on Bitcoin, but it’s a little different than paying taxes on your income. For example, the IRS views Bitcoin as property, so you’ll need to pay property taxes instead of income taxes, which can make investing even more confusing, especially for first-time investors.

Cryptocurrency is a high-risk investment because it’s volatile, which means its value changes daily and sometimes multiple times a day. While blockchain technology makes it difficult for transactions to be traced back to individuals, they can still be traced. However, these transactions are secure and obscured by private keys.

This anonymity can also pose a risk because you don’t know who is trying to trade Bitcoin with you. Additionally, your private key is the only access you have to your digital assets. If you lose your private key, there’s no way for you to recover your assets because any institution does not back crypto investments.

Is Bitcoin a Good Investment?

For savvy investors that can be patient and not make impulsive decisions, Bitcoin can be a great long-term investment. However, it’s not recommended for new investors who might be jumpy if they see the value drop.

Many investors make the mistake of losing money on Bitcoin and other cryptocurrencies because they panic and sell their coins as soon as the value drops. However, Bitcoin’s value will eventually increase, so there’s no reason to hold crypto as a short-term investment.

Additionally, you should never invest more than you’re willing to lose because there are risks. Many people have had success investing in Bitcoin, but many people have lost all of their assets by simply losing their private key or getting hacked. Therefore, Bitcoin should not make up more than a small portion of your total investment portfolio.