Biometric Wearables are all set to fulfill your regular medical necessity 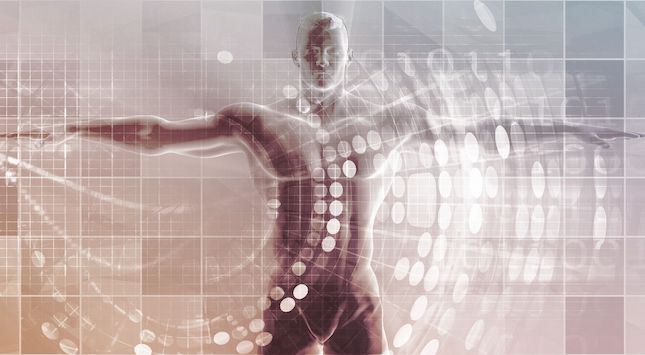 Biometric wearables are gaining rapid traction all around the world. Technology has changed the outlook of the entire medical industry.

People often adopt biometric wearables to monitor their health without the need for costly devices and professional assistance.

The popularity of digital activity trackers and wireless-enabled health monitors has created desired quality standards for customers, and wearables are ready to revolutionize our world.

Astute Analytica estimates that the global biometric wearable market is forecast to grow at a compound annual growth rate (CAGR) of 25.5% during the forecast period from 2022 to 2030.

Innovations in the industry seem never-ending. Companies are focusing on R&D activities to bring out the advancements that never occurred to anyone. Moreover, the popularity of biometric wearables is also growing, which is ultimately forcing companies to offer the best of all.

Smart garments, shoes are already getting traction in the market. In addition, wristbands and smartwatches are being deployed for continuous health monitoring. Additionally, jewelry provides a more easily personalized approach to wearable tech. All of these innovations have been contributing to the growth of the industry.

Biometric Wearable industry development is also fueled by advancements in hardware and software components. In addition, increasing expenditures from tech behemoths seeking to control the field.

While fitness trackers and smartwatches that sync with your phone have been the most popular wearable gadgets, the future of wearable technology is expected to go well beyond that. Here are some important trends that will shape the future of the biometric wearable industry.

The Advent of Biometric Garments

Wouldn’t it be interesting if your favorite t-shirt tracks your heart rate footsteps and inform you when stressed? The introduction of consumer-grade smart biometric garments is legit one of the outstanding innovations in the industry.

One thing that is evident about the wearables market is that smart wristwatches and headsets still have a lot of drawbacks, which is why it is necessary to cater to the growing demands of the public.

It is where smart textiles can help. Hexoskin and AiQ Clothing have already introduced efficient biometric garments. The garments can help measure the body and offer more accurate results than smartwatches. Smart clothes will be useful for physical improvement in addition to health monitoring. Sports players, such as basketball players, can use it to assess their shooting form and make required corrections.

Many wearables, such as smartwatches and fitness trackers, can already track basic health data such as heart rate and steps taken. These technologies are already popular due to their cost efficiency and convenience.

Wearables can now provide more continuous and thorough monitoring. After the sudden onset of the COVID-19 pandemic, the popularity of these devices has grown even more. Companies are also in the race to outgrow other competitors in the market.

The Rise of Tattoo Wearables

Researchers from Carnegie Mellon University’s College of Engineering and the University of Coimbra’s Institute of Systems and Robotics have discovered a simple, efficient approach for creating tattoo-like circuits that can be used in wearable computing.

Such technology is forecast to gain rapid traction in the future. Just like other temporary tattoos, it sticks to the skin and can be removed when desired. The advantages of the tattoo are that it offers vital information, such as heart rate, blood pressure, blood sugar levels, and hydration with precision.

More such advancements are likely to replace today’s technology. People will no longer rely on costly devices to get the data regarding health.

Smart Glasses to Brighten the Scope of the Industry:

Google, Seiko Epson, Toshiba, and Vuzix are some of the leading vendors of enterprise-grade AR smart glasses. On the consumer side, today’s AR smart glasses include basic features like smartphone notifications, email access, and weather updates in the field of view (FOV).

In December 2021, Ray-Ban smart sunglasses were introduced. The interesting thing about the glasses was that it allows users to text on Facebook.

Mental health has been a major topic of concern for the majority of the population. World Health Organization (WHO) estimates that suicide is the second major cause of death, majorly among the population aged 15-29. In addition, people suffering from severe mental health conditions die around two decades early.

Thankfully, there are a variety of wearable gadgets available to assist those with mental health difficulties. Scientists have been working on discovering an effective way to turn EMDR tappers into wearable devices, which can help users with tension and anxiety problems.

The scientists are working on making wearable devices that can give the same outcomes as EMDR equipment by adding a wireless portable component and enhancing stimulation. The gadgets emit stimulating vibrations that can help relieve the stress in the user.

In 2019, Apollo Neuroscience was introduced as the first-ever wearable. The technology can efficiently relieve stress and offer better sleep, energy, and more.

Emma is a freelance writer and content strategist who offers to ghostwrite, blogging, and copywriting services. She has a keen interest in content marketing with a hold on social media management and market research. Pitch her out to discuss interesting and niche IT domains that are blooming in integration with modern technologies.

10 Best Mind Games for Your Children to Boost Thinking Capability