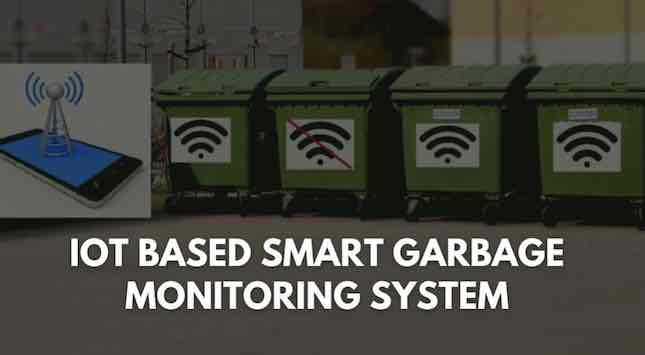 The volume of garbage tends to increase with the increasing population.

Therefore, it becomes immensely important to appropriately manage garbage so that it does not pose any threat or hazard to society.

Cleanliness happens to be a crucial factor in contributing to a healthy environment. With the increasing population, the management of garbage in the right way becomes extremely challenging.

This, in turn, has significantly increased the pollution levels posing a threat to the environment. In recent times, garbage issues have become quite a serious thing in maintaining the cities’ cleanliness.

In different locations, problems happen to be different when it comes to proper garbage management.

In some areas, garbage bins are absent, whereas in some areas bins are present but are not cleaned at regular intervals. Irrespective of the cause, the result is the same that is unclean localities and unhygienic conditions.

Thus, it becomes immensely important to manage garbage efficiently and effectively so that it does not create any kind of problems for the society as well as its residents.

In this regard, technology has a role to play by implementing smart garbage management and monitoring systems. It is precisely the situation where a top-notch IoT software development company has a significant role to play.

A garbage monitoring system based on the internet of things or IoT is an emerging technology utilized for the purpose of monitoring the waste fill level of public and industrial garbage bins.

The major purpose of an IoT-based garbage monitoring system plays a crucial role in helping municipal services to pick up the garbage at the right time prior to overflowing garbage bins and causing discomfort or problems to the public.

Smart garbage monitoring systems can not only measure the level of the garbage but can also detect flammable gases, toxic chemical substances, and even radioactive materials.

These monitoring systems make use of advanced sensors to alert the authorities immediately via the internet prior to the occurrence of any disastrous or unfavourable incident.

Installation of these smart garbage monitoring systems based on IoT helps the government to work quite efficiently at the time when it comes to maintaining cleanliness in the city.

At the same time, an advanced garbage monitoring system helps save millions of dollars every year by saving fuel or energy, labour cost and time, along with bringing about an overall improvement in public health.

Improving public health could save millions of lives and dollars globally, which otherwise would have been spent on healthcare as a result of poor garbage management.

How Can IoT Help in Garbage Monitoring Systems?

Implementation of the internet of things has proved to be extremely effective in managing environmental issues as a result of improper garbage management and monitoring.

The Internet of things plays a major role in creating smart devices based on IoT technology to help manage and monitor garbage that are ultrasonic sensors, smart garbage bins, M2M technologies, etc.

IoT can help gain an idea about the dumped waste materials, overflowing garbage bins, and a number of other problems that can facilitate proper garbage management.

With the help of smart ultrasonic sensors placed on the smart garbage bins will make the task of the authorities much faster, easier, and convenient. Using the internet of things can help detect the waste materials that are being dumped across a locality to understand the trend.

This, in turn, can help the municipal services to easily tackle the same efficiently and reduce the harmful effect on the environment.

Let us now dive a bit deeper into the topic to understand how IoT can help create smart garbage management and monitoring systems.

The sensors based on the internet of things or IoT play a crucial role in garbage management and monitoring systems. These sensors are extremely helpful in improving the overall efficiency of the garbage monitoring process and, at the same time, bring about a reduction in costs from the initial collection of garbage to processing and landfills management.

The use of IoT sensors can automate a wide array of tasks like waste monitoring, sorting of wastes, etc. The use of sensors & lights helps indicate the exact level of fill, time of clean, and similar others that result in cost savings.

The smart sensors are able to sort garbage into paper, plastic, metals, and others, which readily reduces the cost of waste sent to landfills.

At the same time, sensors can facilitate landfills management via perimeter sensors that help monitor and ensure adhering to the set guidelines from the environmental protection agency in the surrounding areas.

It is exactly how the smart sensors based on the internet of things help in proper garbage monitoring and management.

Detecting the level of garbage is the primary step towards proper garbage management. Smart garbage bins prove to be quite helpful in this regard. To identify the garbage level in the smart bins, an ultrasonic distance measuring sensor is used.

The sensor helps detect the exact level of garbage in the bins by measuring the level of fill. The ultrasonic sensor is fitted at the top of garbage bins that emit ultrasonic waves, which hit the trash and then reflect back to the sensor.

The total time taken between the emission of ultrasonic waves and the reflection of received waves is calculated to measure the level of garbage in the bins.

The garbage bins have a specific holding capacity beyond which it overflows, but the sensor is placed above the limit and hence overflowing of garbage can also be prevented with the use of smart garbage monitoring systems.

Moreover, these smart garbage bins fitted with sensors can send real-time alerts to the authorities, who can then take action accordingly. The alerts sent can give the authorities a clear picture of the current level of garbage and facilitate the cleaning of the bins at the right time.

This, in turn, makes the entire garbage management & monitoring system quite effective, efficient, and less time-consuming.

A smart solid waste management system based on the internet of things enables garbage to be disposed of with minimum interference from humans. The waste, in turn, can be easily recycled to make organic manure and generate power.

The solid waste can be collected from a specific place and transferred to the collection centre via vacuum suction pipes located at a certain distance. The waste will travel via underground pipes where the speed and direction are controlled by a computerized console.

An IoT-based smart garbage monitoring system is still in its budding stage. The fullest potential of the internet of things in garbage management and monitoring is yet to be realized.

But with the advancement of technology, it has been observed that different municipal services across the world are implementing IoT to facilitate proper garbage management.

With the increasing popularity of the use of IoT in garbage monitoring and management, it is clear that the scope is huge, with a number of possibilities to make the entire process extremely efficient, effective, and less time-consuming.

Ritam Chattopadhyay is a seasoned writer with over half a decade of experience in professional content writing. Ritam’s expertise in content writing has enabled him to work with clients globally on different projects. Presently, he is working with SoluLab, a premium blockchain, AI, ML, and IoT development company where he handles multiple projects as a content specialist.