What Is a Bitcoin ETF and How Does It Affect BTC Price? 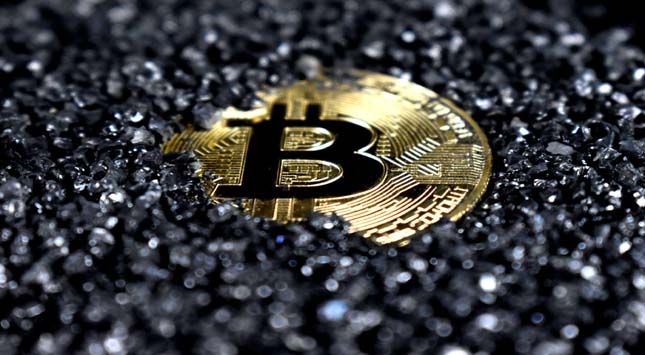 Not so long ago, the first Bitcoin (BTC) exchange-traded fund (ETF) was launched. It built up around one billion USD in assets in a really short amount of time-leading to it becoming the second-highest exchange fund ever.

ProShares, a provider of specialized exchange-traded products, began trading the Bitcoin Strategy Fund on October 19, 2021, making it the first-ever Bitcoin ETF to trade in America.

It trades under the ticker BITO and tracks prices through futures contracts traded at the Chicago Mercantile Exchange (CME).

However, unlike other ETFs on the scene, it won’t follow BTC’s spot price—the current price in the marketplace of BTC. Instead, it will track the future price. This means that returns from this exchange fund can be a lot different from Bitcoin’s spot price.

If you’ve been into crypto for a while, you might be wondering why this is such a big deal. After all, exchanges and marketplaces have allowed people to purchase Bitcoin since 2010. To understand why this is making waves in the Bitcoin space, it might help to first understand what ETFs are.

What is an ETF?

In its simplest form, an ETF is an investment vehicle that tracks the performance of a particular asset. Investors will often use these to diversify their portfolios without having to own the asset themselves. This is perfect for people who are only looking to focus on gains and losses. It’s a simple alternative to buying and selling individual assets.

In the Bitcoin space, an ETF can mimic the current BTC price—in the case of ProShares, it attempts to mimic its future price. This allows investors to buy assets without having to trade the actual crypto. This means they won’t have to worry about BTC storage, transactions, and security procedures.

Why not Just Invest in BTC Directly?

At this point, you might be thinking: if a Bitcoin ETF just mimics the price of BTC, why bother with the middleman? Why not just head to a popular exchange and buy Bitcoin yourself?

As mentioned earlier, the ETF route might be more appealing for the particular investors that do not want to buy and sell Bitcoin themselves. It might be more attractive to those who are more familiar with traditional means of trading as compared to the newer styles that cryptos offer.

Lastly, despite Bitcoin and other cryptocurrencies gaining popularity over the past few years, ETFs are generally more understood in the investment community. Investors who already understand this vehicle could focus on it as a way of getting their feet into the crypto space instead of having to learn something completely new.

What this Means for the Future of Bitcoin

With the growing popularity of cryptocurrencies, this was bound to happen—the two hottest areas of investment meeting up to form something crazy that would shake up the scene.

Overall, Bitcoin ETFs are a good thing because they open up the world of cryptocurrency to more people. This time, it’s for the traditional investors who prefer to stick to the kind of trading they know instead of having to learn something that’s completely new and relatively young.

However, it’s also worth noting that there’s no other real-use case for BTC ETFs other than investment. Unlike buying and trading the actual crypto for yourself, ETFs won’t help you preserve your wealth, send remittances, or purchase goods and services.

Bitcoin was created as a “peer-to-peer electronic cash system,” as stated in its whitepaper. Although ETFs are an excellent thing for the Bitcoin scene, the people who take part in them won’t be able to experience the true potential of Bitcoin.

This then begs the question: is it really that difficult to get into Bitcoin? Despite how complex and intimidating it can be, the truth is that BTC isn’t complicated at all. With it being over 12 years old now, there are a ton of resources and communities available to you as well as leading exchanges and marketplaces to help you get started. In fact, some of them will even grant you a free cryptocurrency wallet as soon as you sign up.

The point is that if you’re willing to do your homework and research on how Bitcoin works, it’s really not that complicated. However, if a BTC ETF is the type of thing that’ll get your foot in the door, then we’re all for it.

*The content is for informational purposes only. You should not construe any such information as legal, tax, investment, financial, or other advice.