Top 7 Key Benefits of iOS App Development for Your Business 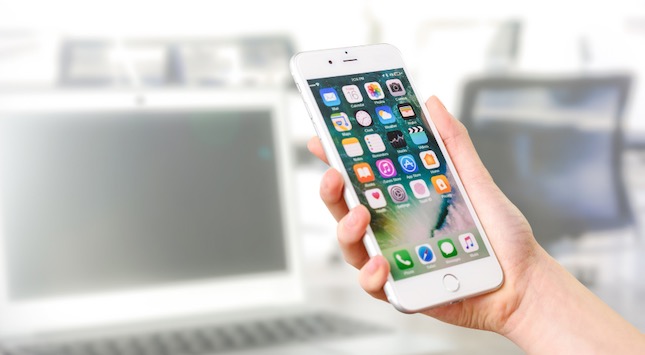 The iOS app development industry is evolving every day and luring users with its technological advancements. The operating system (OS) is much more reliable and secure.

Even after the second largest market share of 27.57% after Android, iOS app development is still the preference of many business owners. Do you know why? Because iOS provides top-notch security, has innovative features, and much more.

If you also want to build a high-end iOS app for your business, you can consider hiring a well-established iOS app development company.

This blog post has mentioned the top 7 advantages of iOS app development for every business owner.

7 Benefits of iOS App Development for Businesses in 2022

It is needless to say that iOS has a strong brand value that ascends with time. As per the report shared by World Trademark Review, Apple is the most valuable brand, worth $355.080 million.

One of the major reasons Apple is a powerful brand is facilitating brand loyalty, which makes the user come back. Another contributor to Apple’s success is the continuous improvement of the product, helping to gain a competitive reputation.

iOS has always been an attractive platform for tech-savvy audiences looking for the latest technology and effective solutions to attain their desired goals.

Companies have the opportunity to develop cutting-edge applications that have the potential to disrupt markets. Apple apps can turn businesses into market leaders and enable them to grow faster than their competitors.

The tech-savvy audience prefers an app with an aesthetically pleasing interface, and given the scenario, businesses can attract many users. As a result, having an iOS app for your business can help you be more competitive and increase brand recognition.

Every business’s ultimate goal is the utmost user satisfaction, and one of the advantages of iOS app development is the interactive user interface. The iOS UI has multiple touch gestures, such as swipe, tap, and other elements, like sliders, switches, and buttons.

With these advancements, it would be easy for business owners (like you) to boost sales. In other words, iOS has a smooth and interactive user interface reducing the friction that further helps in persuading the users to pick iOS-powered apps.

iOS apps deliver a great user experience with perfect hardware, excellent security, and flawless software. The operating system optimizes the software to the hardware and integrates its services with the exclusive control of the user experience.

iOS is well-known for its stability hence every app development company ensures that iOS apps work exceptionally smoothly with minimal risk of glitches or errors. That said, Apple has formed a superior brand and has become users’ top choice.

Every business owner wants higher app revenue, and Apple guarantees the same to some extent. As per the report shared by Statista, App Store generated app revenue worth $85.1 billion in 2021 globally.

Apps based on the iOS platform are more likely to make more money because it has an in-app purchase feature, and also, the iOS app development cost is lower.

Moreover, iOS attracts a tech-savvy audience, and they are more likely to pay for app subscriptions for a better user experience.

The android platform has a wide variety of devices with various versions resulting in increased development time and cost. However, the iOS platform has only selective mobile devices in the marketplace that eases the job of developing high-end iOS apps.

Consequently, the testing time reduces, and time-to-market gets expanded. During the development of iOS apps, the platform exerts complete control over hardware & software development measures that minimize fragmentation.

iOS is one of the secure platforms with high-end security layers. Every user wants their data to be saved (or confidential), and this is the most suitable platform as it effectively protects against any malware activity, virus, or data breach.

Updates to the iOS platform deliver an even more secure experience. Users receive an alert message asking for permission, such as access to location, microphone, gallery, camera, and more.

How Much Does It Cost to Build an iOS App?

The iOS app development cost varies on several factors, such as:

However, the average cost of developing an iOS app can be $100,000. If you want to know the exact iOS app development cost, you can get a no-obligation consultation from us.

Apple is one of the preferred choices of almost every business owner as it ensures visibility, profitability, and customer loyalty. Security is one of the top advantages of iOS app development, and its business is thriving.

iOS apps are high-performing & revenue-generating, and startups & enterprises are already leveraging its features.

So, if you also want a successful business, iOS app development can be your go-to option.

How to Fix Phasmophobia Mic Not Working Issue

10 Windows Apps and Software Every New PC Should Have