5 Best Laptops to Use for Video Editing in 2022 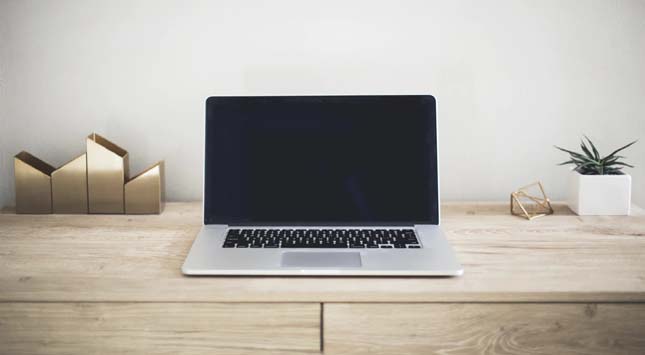 Video Editing has been a thing for quite some time, one of the reasons why is because many people are persuaded by the things they see on social media, such as video blogs.

The best video editing laptops can get the job done easily, on-site or at home, whether you’re vlogging or making videos.

In addition to that, modern video editing laptops feature state-of-the-art mobile devices, such as desktop graphics cards, so you can edit projects that involve various high-resolution sources and make use of complex video effects without having to use a large, bulky device.

You May Read: Types of Computer

If you’re looking for a reliable laptop to work with your video editing, then you’re in luck because we compile the best laptops for video editing for you.

Apple MacBook Pro is considered the best trackpad for editing. The range of MacBook Pro laptops from Apple has always been loved by designers and graphic designers.

The 16-inch MacBook Pro, however, is by far the best laptop yet made by Apple, and it’s perfect for video editing. It comes with a beautifully thin and light interface combined with powerful hardware – all the video editing stuff you like.

Apple has always been known for updating the hardware of its newest gadget releases, so you guarantee that you’ll experience powerful professional graphics cards that are essential for video editing. And as we all know, it is everything but cheap.

As its name suggests, Asus’s ROG (Republic of Gamers) series is regarded as a gaming series, but it is also a good choice for video editing. Asus ROG Zephyrus G15 is best known for its super smooth video playback.

The 15.6-inch FullHD 1920 x 1080 monitor is the key feature here. Its 240Hz refresh rate can make it silky-smooth to play video and games, while IPS monitor technology allows large viewing angles of 178 x 178 ° and 100 percent sRGB coverage for consistent color.

Furthermore, a powerful 8-core, 3 GHz AMD Ryzen 9 4900HS processor, particularly when backed up by 16 or 32 GB of RAM, is easily up to the task of intensive video rendition. Thanks to a fast Nvidia GeForce RTX 2060 graphics card with 6GB VRAM, GPU-accelerated rendering will also be easy.

Acer has been climbing up the ladder of the best laptops this 2021, and this model has been superior as the best laptop for color grading. The Acer ConceptD 7 is a versatile laptop for video editing with some of the latest and most recent smartphone components that money can buy right now.

The 4K UHD display of the Acer ConceptD 7 covers 100% of the Adobe RGB gamut, and its color fidelity is validated by Pantone, with Delta E color accuracy. With Intel’s new Hexa-core i7 internals, an Nvidia GeForce RTX 2080 graphics card, and up to 32GB RAM.

Just like the Asus ROG series, Razer is a well-known name for gaming laptops, and its experience in designing powerful and mobile gaming laptops has been used to build the Razer Blade 15 Studio Version, a powerful mobile workstation equipped with video editors in mind.

Rather than the traditional LCD, it showcases an optimal OLED perfect for video editing. It is known to be the best in showcasing 4K content. It looks amazing with rich, inky blacks and punchy, bright colors, and it is super-sharp with its 4K resolution equal to a pixel density of 282 PPI, great for editing your UHD content.

Furthermore, a fast 256GB or 512GB SSD is possible for the Razer Blade 15, and even a 1TBSSD can be provided in the Advanced model. The Blade is externally set apart by a lightweight sub-2.2kg layout and sleek finish.

The Dell XPS 15 is the 4K OLED laptop that you want if you don’t have a game. Whereas the Razer Blade 15 uses the same spectrum display, its architecture and features are better suited for video editing.

In addition to that, you can modify this to meet your style, as with other Dell laptops, and it can be fitted with a 4K screen and a massive 1TB SSD, which provides plenty of room for your videos to be stored, as well as fast data transfer speeds – again, perfect for video editing.

The ease of using a laptop often doesn’t stop there, either. When you just know how to use it, you can do so much, such as sending cash via your mobile top-up. While you use your mobile devices in general, since there are websites that you can access, you can also use your laptop.

Given that there are so many things you can do on your laptop, it is not surprising at all that people are considering having one. Whether you prefer a MAC laptop or Windows, there’s always something store for you in the market.

Is a Gaming Laptop Worth It?

Why Invest On New PC When You Can Get Personal Cloud Desktop?

8 Tips You Should Consider Before Purchasing the Motherboard

How to Increase Maximum Volume in Windows 10