Internet of Things in 2022: Introduction to IoT Examples in Daily Life, Statistics and Trends 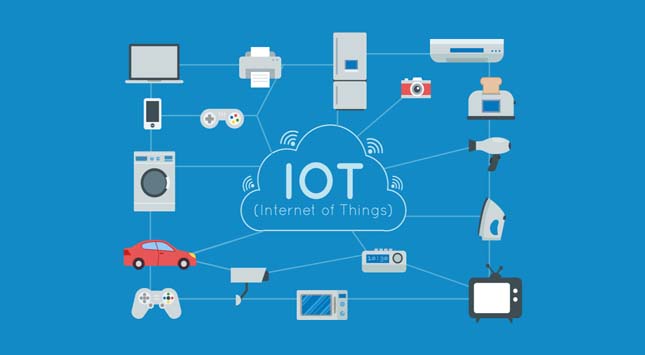 The year 2021 ended with so much to add to its credit – from automation to data security and connected clouds to 5G technology, the emerging technologies continue to evolve at a rapid pace.

Internet of Things (IoT) is no exception as more and more devices are being developed to include in the spectrum of interconnectedness. Before we dive into the top IoT trends in 2022, first we would like to give you a brief overview of the Internet of Things examples in daily life.

You May Read: Internet Filtering in Schools

What is the Internet of Things (IoT Examples)

Internet of Things (IoT) refers to machine-to-machine connectivity, where sensors and hardware devices interact with each other in their settings and whereabouts. It is just like an invisible chain that keeps us connected.

You might have used IoT in your home, at your office, or somewhere in the shopping mall, but never knew what it is. Just to give you a brief overview, let’s take a look at IoT examples in daily life.

You May Read: Stay Safe in Spoofing and Phishing

Here are some of the devices, that you may have used and are perfect examples of IoT in daily life. Check the list below

You might have understood the basics of the “Internet of Things” through real-life examples. It’s time to have a look at some of the internet of things statistics, facts, and figures revealing the past trends and what to expect in the future.

From the above internet of things statistics, it is clear that the adoption of IoT will affect the overall business scenario in a positive way. If you are looking forward to adopting IoT on an enterprise level, it is better to know the trends before taking the big step.

In the next section, we are going to give a brief overview of IoT trends in 2022. Make sure to keep those trends in mind before you leap into it. Stay tuned.

The Emergence of IoT Examples in Healthcare

The healthcare industry has adopted so many IoT enabled devices to improve overall healthcare and reduce the cost. Glucose monitors, electronic skin patches, connected inhalers, and smartwatches are few to name. A smart pill (approved by FDA) contains an ingestible sensor to record that the medication was ingested.

Moreover, healthcare professionals interact with their patients through wearable devices that are connected to a central monitoring system. This allows them to stay updated with the patient’s health condition in real-time.

Internet of Things examples in daily life has already been prevalent since its inception. From smart home devices to smart thermostats and smart fridges to smart locks, people are adopting IoT on a large scale.

According to the studies in the past, it was found that IoT connecting devices would tend to increase to about 3.7 billion by 2019 and the number is set to increase. The McKinsey Institute is of the view that IoT will have a big impact on the world economy.

The number of IoT devices is already being used in almost everything such as scheduling a doctor’s appointment, maintaining temperature and energy consumption in-home, as well as managing security. With adoption at a very large scale, IoT devices would reach 50 billion by the end of 2021.

Since the inception of IoT (IoT Examples), the technology has been adopted by various industries and manufacturing is no exception. IoT in manufacturing can be referred to as smart factories as well. In 2022, IoT was leveraged to track and manage activities.

In 2022, the Internet of Things examples in daily life will witness something bigger and smarter. For instance, warehouses can leverage IoT to manage inventory such as items that are out of stock and stay informed of their inventory.

Moreover, in 2022, the manufacturing industry would also leverage IoT to track the internal and external temperature and notify the concerned person about abnormalities. Thus, IoT would play an important role in controlling the faults and damages, enhancing the overall productivity and reducing the losses to minimal.

The Internet of Things examples in daily life is not limited to specific usage or industry. Think of anything and you would find that IoT (IoT Examples) is or will affect almost every aspect of our lives. When we talk about the entertainment world, IoT can prove to be a game-changer for both viewers and entertainment platforms.

By leveraging IoT in entertainment, it would benefit largely the service providers to gain insights on customer’s behavior and make informed decisions based on those behaviors. They would be able to create better and more responsive platforms for the viewers in order to gain maximum benefit and generate higher revenue.

For instance, some of the Cable TV providers like Mediacom, Cox, and Spectrum are facing tough competition from streaming solutions like Amazon Prime and Netflix. The best way to beat the competition is through IoT to know the consumer’s interest.

Personalization of the Retail Experience

The Internet of Things examples in daily life has already affected the retail industry and expects more in the coming days. Supply chain management has become more efficient and effective with the help of IoT.

Smart beacon and sensors are already helping shoppers to tailor their experience and do it more accurately.  In 2022, the IoT technology will ensure better personalization and integration of retail, which would lead to the emergence of a new shopping era.

Predictive Maintenance in Homes and Offices

In the coming days, IoT devices would help inform homeowners about the plumbing leaks, appliances failure, and electrical issues. It would help owners to avoid any kind of disaster such as short-circuiting or fire eruption. What we used to see in cars, planes, and factories will be achievable in homes soon with the help of IoT.

Moreover, the predictive nature of IoT will also be used to offer homecare as a service from the contractors. No matter whether you are away from home or town, they would solve the problem straight away.

In addition, home insurance companies are also incorporating smart sensors and connected devices. The home insurers will be required to install a proactive monitor system in order to avoid any damages as well as pay lesser premiums for what they are paying before.

The Emergence of Smart Cities

In the past, we have seen that the federations were distributing more sensors and technologies in order to benefit from the accessible data. In the future, we will see that smart city will be investing in state of the art data exchanges, which will provide access to the data between private and public organizations, and citizens as well.

ISPs and Internet of Things

Providers like AT&T, Cox internet, Frontier, Mediacom, and Xfinitiy may or may not get involved in IoT. However, there are possibilities that these companies could integrate apps to the modem in order to help homeowners to control smart home devices.

Internet Service Providers can also contribute to IoT security, which is the biggest concern when it comes to privacy and security of data. For instance, ISPs can block or filter the malicious traffic usually generated from malware. Most of the Internet Service Providers use a standard known as BCP38 to lessen spoofing (the process in which hackers transmit network packets with fake sender address).

Another way ISPs could leverage IoT is by notifying customers about receiving or sending malicious traffic. Internet of Things might not be on the list of ISPs, but sooner or later, they have to accept the fact that IoT is surely going to reap unseen rewards in terms of delivering better services and security.

If you are running a business or part of any enterprise, make sure to keep yourself updated with the latest technology trends. IoT is already shaping the future, having a positive impact on our lives, and helping us to live smarter.

It is just the beginning and the technology is surely going to improve with the passage of time. Make sure that you are informed of the latest trends in order to keep yourself ahead of the competition.