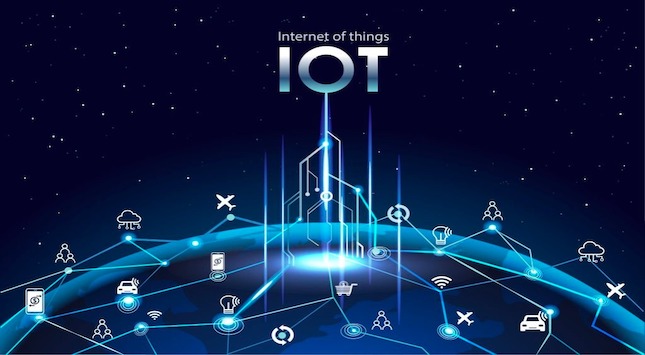 IoT, or the Internet Of Things, has spread all over the globe. From a minuscule watch to big supercomputers, the IoT network is ever spreading and constantly evolving with the help of the internet.

The simplest explanation of IoT is machinery that can provide data and information connecting with the internet. An IoT device must have a data connection with WiFi access, or an implanted sim card, which connects that device with the internet to attain pre-programmed tasks.

Any tasks requiring an infinite information pool to proceed can be operated with the internet. From electric fans to refrigerators, from voice control devices to television, from soil examiners and everything device you can think of.

As the IoT network is going to get bigger, the essential concepts to learn about IoT are constantly increasing. So, let us help you understand some unsung facts about IoT development. Stay tuned!

1. Did You Know That Smart City Devices Happen to be the Biggest Stakeholder in the IoT Industry?

Smart City Technologies, or the concept of a smart city, is something setting its base alongside our everyday life. In the near future, the Smart City formation rate will increase, and there will be less difference between urban cities and two-three tier cities.

You’ve heard terms like Smart Home and Home Automation with IoTs, but Smart city is something new. Let’s understand it.

2. It’s Surprising, But IoT is Older Than the World Wide Web

The exciting thing is that IoT implementation was invented years before WWW took place.

Many years have passed, and IoT has reached an unimaginable place, but the motto of IoT is simple, to reduce human effort and make the world a better place.

3. Powerless IoT Devices are on the Verge of Development

Though innovating an ARC reactor will take ample time, let’s keep it for the future; innovators have already ventured into Powerless IoT devices to improve human lives. The greatest innovators are now working behind this technology. ‘Powerless’ IoT devices solve the problem of constant electricity dependency. Solutions with ‘Powerless’ IoTs are WiFi devices, Smart Phones, PCs, and other valuable devices that require a recurring or non-recurring electricity supply.

However, ‘powerless’ means those devices will never thrive for battery, solar, water, or any electricity-related things without electricity. Instead, vibration, heat, and light-like energies will energize those ‘powerless’ devices.

4. Smart Watch is Good, But a Smart Hair Brush is Excellent

IoT can be implanted into any devices humans work with, even into a hair brush. L’Oreal invented a more interesting hairbrush as it collects hair brushing patterns and other hair-related data to provide unique hair solutions.

After recording data through sensors, it gets uploaded to clouds, and users can access the summary. Also, the collected data jumbles up, forming statistical hair audit reports accessible through the application. Even that hairbrush recommends shampoo and hair care products according to the user’s hair condition.

5. Did You Know That More IoT Devices are Connected to the Internet Than Humans Since 2008?

Yessss… IoT technology is already surprising, but the most surprising fact is there are more IoT devices than the human population connected to the internet.

According to reports, there are more than 50 billion devices all over the world connected to the world, and it will go up to 75 billion in nearly ten years. Reports also reveal that since 2008, the total number of IoT devices left the human population behind by 10 billion. Artificial intelligence prevalence will take things to a higher level with more IoT devices installed into the internet system.

So, there are unsung things about IoT development that you didn’t know. More unsung facts are available that can’t be summarized in one blog post.

IoT development has more things to offer; the only matter is time and patience. Enough time and development ventures will meet us with new IoT opportunities and gadgets. Think of a future where you will live in a fully IoT-controlled world, where everything will be at a fingertip away.

Venture capitalists and current market situations provided enough liberty and freedom for IoT development companies. As per reports, the IoT industry will flourish up to 1 trillion in the next ten years with predictable technologies and no estimated upper limit for unpredicted innovations.

Akash Guha is a budding writer with almost a year of experience in content writing. Presently, he is working with SoluLab, a premium blockchain, AI, ML, IoT and metaverse development company, where he handles various projects as a content writer. His knowledge in technical content writing has enabled him to work on different projects.