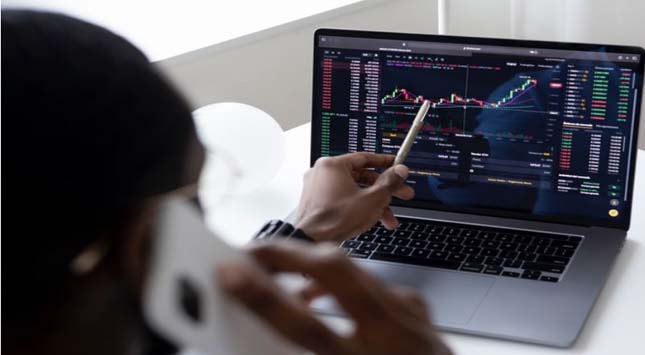 Just like 2020, we spent the bulk of 2021 cooped up in our houses, working, playing, and entertaining ourselves all from the comfort and security of our homes.

The total number of players that were online during the pandemic also doubled. With this, the errors and glitches users encountered also doubled. If you are a fan of XCOM 2, we are sure you must have encountered the Red Screen Error at least once during your play.

Don’t stress yourself. Right here, we have the best method by which you can fix the XCOM 2 Red Screen Error on your device. It is not a hardware or software issue so no need to worry. This is just a small glitch in the game that is easily fixable. Follow our guide and you’ll be done in no time!

Now that we’re through the Red Screen Error let’s get down to this list of amazing science fiction games we have compiled just for you. Do give each of them a try and let us know whether they’re worth your time.

Action RPG Atomic Heart is set in the 1930s and 1960s. It takes place in the still-existing Soviet Union, but the world has advanced in ways that no one could have imagined. Players assume the role of P-3, a psychologically ill KGB agent charged with finding a mysterious manufacturing facility.

We know that this game will have a mix of combat and gunplay, as well as a crafting system for upgrading your weapons and gear. But we’re still waiting on an official release date for this game, which has a lot of anticipation behind it and players who are ready to explore this vast universe.

As far as PlayStation 4 exclusives go, Guerrilla Games’ Horizon Zero Dawn is one of the most well-known. As a result of humankind’s demise, once-thriving cities have been reduced to a rusty shell that has been reclaimed and reclaimed by nature.

While giant metal robots overrun the earth, the remaining humans have retreated to small tribes scattered across the land to live out their final days in peace. Players assume the role of Aloy, who is on a quest to discover where she comes from before the fall of man. Horizon Forbidden West is the sequel.

Meanwhile, gamers will encounter iconic monuments and machines as well as a diverse array of human-like groups. One of these tribes is hostile and can override robots, making them valuable in fighting. However, it appears that there will be a greater threat that will destroy robots and wildlife, and people.

Wildlife and agriculture are being decimated as a result of a virus that is spreading across the area. Massive superstorms are raging over the country, and they pose a serious threat to the entire region. Aloy has a big task ahead of her, one that you can take on with her in 2021 on the PlayStation 5 and PlayStation 4 console.

343 Industries Halo Infinite was the subject of a lot of hype and anticipation. Some hoped that Halo Infinite would restore some of Bungie’s magic with the Halo franchise after the mixed reaction Halo 5: Guardians received. Halo: Infinite enthusiasts eagerly anticipated Halo Infinite’s first true look at E3 2019.

As a result, fans were left with nothing more than a cinematic teaser and a promise of gameplay footage at E3 2020. Since the coronavirus outbreak, the E3 event was canceled.

Yet despite all of this, Halo Infinite ultimately made its way into the public eye with gameplay video during an Xbox Series X streaming event in July. Another dreary moment for Halo Infinite enthusiasts who vented their anger online. The game will not be released as scheduled in 2020 with the Xbox Series X.

They decided to wait until 2021, which would allow them time to work on the game and polish it to perfection. On the storyline side of things, we’re still waiting to hear more, but it appears like we’ll be back on a new Halo ring, facing up against The Banished, a faction of the Covenant that split off.

There have been several Ratchet & Clank games released in the past few years. There have been primary installments and spin-offs since the game’s inception in 2002. It’s Ratchet & Clank: Rift Apart, the newest installment to be released in the future. While we don’t know much about the game yet, it appears that Ratchet and Clank will be able to explore new worlds, meet new characters, and stop the villainous Dr. Nefarious from destroying time and space.

From the gameplay footage shown so far, it appears that gamers will have access to several new and valuable tools. Players can swiftly teleport to other parts of the map using a Rift Tether. It’s possible to use the new device to cross a ruined path, for example.

Action-adventure game Death Loop casts players as assassin Colt. You have to track down and eliminate eight specific targets distributed over the island. As a result of this game’s time loop, players are thrown back to the beginning of the game when time runs out. Similarly, if your protagonist dies during the game, you’ll be sent back to the front.

As you race against the clock, you’ll have to take down a swarm of bad guys along the way. Similar to the Dishonored series, the game has a variety of powers and parkour skills. However, only one assassin on the island has a single target to take out, and that’s you. Players must evade Julianna as she tries to shoot them down with a gun while they try to dodge her.

In Julianna, an opponent player can also play as a character to chase you down, which means you won’t constantly rely on AI to keep you on your toes. As part of today’s PlayStation 5 streaming event, Deathloop appeared. For now, you can watch a new video for the game, which is expected to arrive on PC and PlayStation 5 in 2021.

A considerable time elapsed before markets outside of Japan could get their hands on Phantasy Star Online 2. Players have been playing the game’s narrative narratives since it was released in Western countries last year, and the sixth episode will be released in December of 2020.