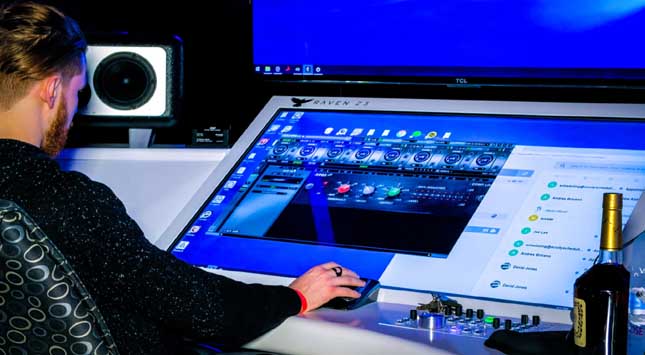 Global technology innovation is the phenomenon of our century. It is fast becoming pivotal to how we think, decide, consume and avail services and goods. A click on our smartphones is worth a million dollars and has created tech majors who dominate the global economies.

The pandemic has hit the world’s economy but has not been able to hold back these tech heavyweights; instead, the brand values of these companies have jumped up, at times to the tune of 47-48% in terms of customer retention, subscribers, sentiment and financial power.

Let’s have a look at these tech juggernauts who have been the consumer’s minions even through COVID-19, the top 20 tech companies of the world, 2020:

Founded by Steve Jobs, Steve Wozniak, and Ronald Wayne in April of 1976, Apple is easily the customer’s go-to brand for a broad range of products like phones, computers, wearable devices, home entertainment, etc. Famous for their iPhone and Mac computers, this Tim Cook runs tech giant is in itself an exemplar in the field of producing and marketing tech products. Bloomberg data indicate that its brand value grew by about 14% in 2020, making it the first on our list.

Bill Gates is a name that needs no introduction, so does his brainchild – Microsoft, which has been a leader among big tech companies for the longest time. Among the top 5 largest tech companies, Microsoft registered the highest growth of about 30% to make it to second place. Well known for its software solutions and services, especially Windows and Office Suite, Microsoft also stands out in the field of cloud computing, with its cloud platform, Azure. The popular networking site LinkedIn is also owned by Microsoft.

Google is easily the world’s most visited website. Under Sundar Pichai as CEO, Google specializes in internet services, and an entire gamut of products from search engine to email, instant messaging, video sharing (Youtube), mapping, language translation, IoT products, phones, work, and productivity services, and the list goes on. For the common man, Google is the very definition of the internet. Talking about which internet has become a necessity in the present times and routers are a must for a stable connection. Click to read more.

With a brand value of $151 Billion, Shenzen, China-based Tencent, is too big to not feature in a U.S.-dominated global tech arena. It is known for developing products related to internet services, instant messaging (QQ, WeChat), video games, production, music, payment systems (TenPay), etc.

One among the Big Five info-techs of the U.S., the social media biggie Facebook bags the 5th place all over the world, especially in a scenario where people were overwhelmed by lockdowns – the demand for their services like messaging, sharing, delivery, etc. has lent them their rightful place among tech’s leaders.

A growth of 3% less than the previous year has not stopped IBM from becoming the sixth largest tech company in 2020. It boasts of a diverse portfolio of products and services, including artificial intelligence, the Internet of Things, data analytics, and cloud computing, for starters. It is engaged in console gaming and IT outsourcing as well.

SAP, a German software company, is among the top 10 largest tech companies even as its brand value stayed stationary over the last year. SAP specializes in Enterprise Resource Planning software for the management of business operations and customer relations.

Facebook’s pet platform – Instagram grew a whopping 47% to be the eighth largest tech company globally – who did not see that coming? In a time when connectivity became ever more essential to existence, Instagrammers and their favorite influencers came to the rescue!

At $41 Billion, Accenture is a Fortune Global 500 multinational company known for its consulting and processing services. These range from business strategy services to management and business consulting, business process outsourcing (BPO), digital marketing, and analytics. Accenture focuses on the “as-a-service” model of service products.

Intel is well known for its processors used widely both by businesses and consumers. Its premiership in computer chips, data storage, and communications infrastructure makes for the fact that it is in the top 10 among tech leader companies.

Moving on further in the below $50 Billion brackets, we have majors like Adobe, a global computer software company that specializes in Graphics design, web design, digital marketing – their most famous products being Adobe Photoshop, Lightroom, Reader, etc. along with Samsung chasing closely at $33 Billion – the bread-and-butter of consumer electronics, especially in India. Their most famous products include the Galaxy range of smartphones. Samsung also dominates the white-goods and electronics sector.

Salesforce, mainly known for its expertise in consumer relationship management (CRM), comes the third close in the bracket, sharing its position with Microsoft’s

LinkedIn, a platform that connects job seekers with employers and is known for its business networking ease.

Geopolitical hiccups haven’t been much of a roadblock for Huawei, whose brand value grew 29% in the past year – riding off the back of its technological prowess in the field of electronics: phones, modems, IoT devices, and consulting services.

Dell and Xiaomi, the former distinguished for its laptops and latter being the currency of smartphones for the common man trail the list of giants, with Baidu, in many ways the Chinese equivalent of Google, is the last of the contingent and a noteworthy one at that. Technology is the driver of Industrial Revolution 4.0, and companies that deliver on quality and range of products and still retain the novelty of services day-on-day are surely poised to be the front runners in a world where everything is a product waiting to be marketed.