Is a Gaming Laptop Worth It? 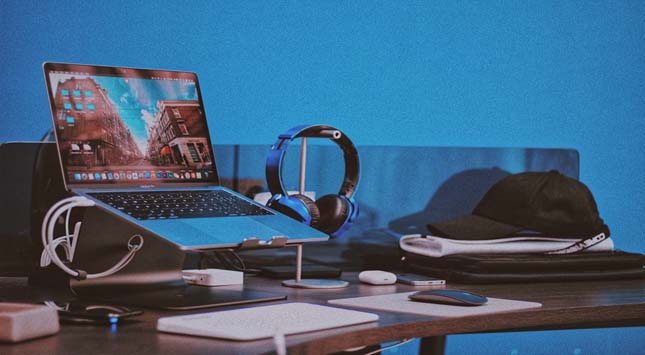 When buying or replacing a laptop, you might find yourself wondering whether the higher price tag of a gaming laptop is worth it. This PC category has grown rapidly over the last decade or so as more people have taken up gaming.

Now there are innumerable gaming laptop options available. While they let you play the latest games at high frame rates and often have amazing displays, are gaming laptops worth it?

They are Much More Than Gaming Laptops

A gaming laptop is much more than its name tells you. These machines are very capable, often coming with the latest high-end CPUs and graphics cards.

Although they do not offer the same performance you would get from a gaming PC that has similar specs, they are still capable of handling almost anything you want to use them for.

If you are a content creator, you will find that the multi-core CPUs they come with are great for recording and editing videos and high-resolution images. If you do light 3D work, a gaming PC with a high-end GPU will handle it.

This may be obvious, but it is a massive advantage for those who want a lot of computing power on the go. There are a lot of lightweight gaming laptops that pack a lot of performance. To find one, you can look through lineups such as the Lenovo gaming CPUs lineup that has powerful, portable laptops for those who want lots of power wherever they set their laptops down.

With a desktop, you get a lot of power but can only play games and work in one location.

Apart from the dual usage gaming laptops afford students and workers who want to game when they have some free time, they also offer a lot of versatility. These laptops come with all the ports you would need to hook up high-end displays.

Once you have that setup, you can use wireless mice and keyboards to get the desktop experience you might otherwise get when you opt for a gaming PC.

This versatility also extends to software when comparing gaming laptops to consoles. Fans create game mods all the time and most of them only run on computers. These mods extend the lifetime of games that may have been abandoned by developers or that lack new features.

Even with all the benefits that gaming laptops have, they still have some downsides. One of these is the price barrier. Gaming laptops tend to be pricey even when compared to gaming desktops that have similar specs.

If you are coming from a console, it is not unusual to pay 3 to 5 times what you would for a console. For many people, this jump in price is not justifiable unless they value the portability you get with a gaming laptop and the ability to play PC-first games.

There is no better option for those who need the power of a desktop on the go than a gaming laptop. These machines are suited for both gaming and productivity, and they can be accessorized to give you a very satisfying desktop experience.

How to Organize Your Messy Photo Collection in Simple Steps