The Best Ways to Watch Spanish Content in the USA! 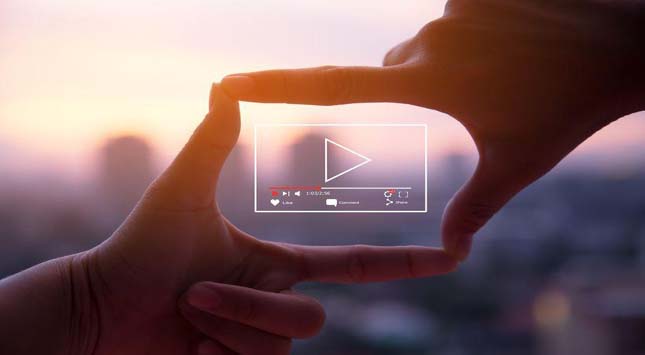 There are plenty of ways you can watch Spanish content in the USA. The Hispanic and Latino community makes up to be the second-largest ethnic-racial group in the country.

In 2019, the population of Hispanics and Spanish-speaking people saw an all-time high, with the total number becoming as high as 61 million!

Considering all this, there are many TV providers and online streaming services that know their market well and therefore provide a bunch of Spanish content options. Here is a list of some amazing, pocket-friendly ways you can watch Spanish content in the USA.

If you want to stream live TV and enjoy Spanish content, Pluto TV is excellent for that. It makes up to be a good cable alternative but is also free of cost. It is an OTT service that has been providing excellent services since 2014.

Since the service is free, you might not be able to get many top-notch features. However, the range of all essential features is all readily available on this OTT platform.

Acquired by Viacom in 2019, the service gives its users access to many channels like Comedy Central and Nick Jr. This also means that Pluto TV is an incredible pick for mainly entertainment, music, and comedy content.

Some features it may lack include DVR on-demand titles. For Spanish users, Pluto TV includes:

While these channels are particularly dedicated to Spanish content, there are also some channels that have specific content that is targeted towards Spanish audiences. Some amazing Spanish shows you will find on Pluto TV include:

Pluto TV is a huge hit for Spanish viewers. However, it is not a complete replacement for cable TV due to its limitations like lack of DVR. Instead, you can fulfill your entertainment needs by complementing free Pluto TV with another on-demand OTT service like Netflix.

There is no doubt that Netflix has become a favorite for everyone around the world. According to statistics, as of 2021, Netflix has a total of 74 million paying subscribers in the US and Canada alone. Not to mention, it is available in about 190 countries, according to Netflix’s own words.

Thanks to its inclusive nature and global reach, Netflix is packed with content in multiple languages. It has content specifically produced in Spanish origins for a wide audience, and also has Spanish-dubbed content where the original language used is some other. A prime example of this is Money Heist, which is based in Spain, is primarily in Spanish but also has an English-dubbed version available.

Some of the most common languages you will find on Netflix include Spanish, Hindi, Telugu, Arabic, and Mandarin. However, only 3-4 languages appear as options when you select anything to watch. As a Spanish viewer, based on your watch history and personal preferences, you are most likely to get the Spanish language option.

While watching dubbed content is easy. Many people do not like how the lip sync goes off at many points. To avoid this, you also can simply view original Spanish content. Here are some amazing movies and shows that are in Spanish:

Make sure you are subscribed to a feasible Netflix package. Plus, you will need a much more stable internet connection in order to stream high-res content on Netflix. Here is a quick look at the plans you can choose from:

Many people wish to stick to cable TV rather than switching entirely to OTT platforms for many reasons. Latino families and households tend to keep their quality time with a priority, which is why a good cable TV connection is a must-have for them.

For this reason, Spectrum TV is the best choice for Spanish viewers in America. It is one of the largest cable TV providers in the country, with the most well-thought and carefully curated packages specifically for Spanish customers.

Whether you need to book your order online, want to test out Spectrum cable, or need to cancel your subscription – it can all be done easily online. Not only this, but all of Spectrum’s cable TV packages for Spanish viewers come with a free subscription to the mobile TV app. Resultantly, you will be getting your hands on thousands of on-demand titles and access to live TV even when on the go.

Here is a quick look at the best packages by Spectrum for Spanish and Latinos of America:

You can order conveniently online, thanks to a dedicated customer service line for Spanish customers. Call Spectrum telefono to order online today.

You can opt for more than just one way of watching Spanish content. This could be a cable TV service alongside an on-demand streaming service. Netflix has the best variety of modern-day Spanish content that is also more international.

Meanwhile, Spanish channels of Spectrum TV or Pluto TV will give you access to more local content with maybe even some marathons of classic movies and shows occasionally.

How can website design affect SEO results on search engines?

Don’t Know How to Create SEO-Friendly Content? Use These 5 Helpful Tools

The Importance of SEO Services in Digital Marketing