With IEO’s Becoming Commonplace, Are ICO’s on Their Way Out? 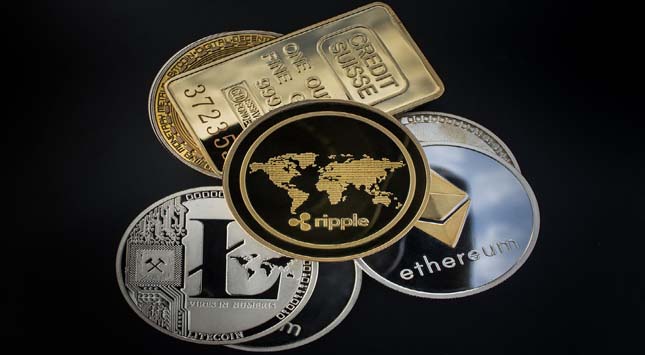 The cryptocurrency world is in constant flux. This is expected, not only because it is relatively new, but also because such it obeys a law in our world: Everything changes.

One of the recent changes in the crypto world, however, was rather unexpected. ICOs, which used to be ubiquitous among new projects, have become more and more scarce. Meanwhile, they seem to have been replaced by IEOs, which are in turn, gaining popularity.

You May Read: How Do Nonprofit Organizations Get Funding

While for investors this doesn’t matter, those working on new projects and looking for funding do ask themselves: Are ICOs on their way out?

Wait, What is an ICO?

To understand why this shift has happened, and why it matters, we first need to know our concepts.

An ICO is short for Initial Coin Offering. It’s one of the funding methods used by cryptocurrency projects. During an ICO, a limited amount of cryptocurrency is offered for purchase. Investors get a chance to review the project info and then decide if they want to participate.

Investors are then expected to buy the crypto during the ICO, at a time when at best, the project will have a whitepaper. In other words, they’re buying ahead – they buy today, but don’t receive any crypto until weeks, perhaps months, later.

It’s more or less the crypto equivalent of investing in a startup company.

Alright. And an IEO?

An IEO is a funding method that only appeared recently and has grown in popularity during this year. Its name is short for Initial Exchange Offering.

Its basis and goals are the same as those of an ICO: To access funding for a crypto project by pre-selling the cryptocurrency. Where these two methods differ is in their details.

While ICOs are programmed, run, and handled by the dev team through the long haul, that is not true of IEOs. In order to run an IEO, a crypto project needs to attract the attention of a crypto exchange site. More importantly, it needs the site’s approval and cooperation. The practice by the best cryptocurrency exchanges is to run the IEO instead of the development team.

IEOs have developers losing control of the funding operation, handing it to exchange websites. It’s these sites who then program the whole operation. All crypto pre-purchases are made through the exchange, instead of outside platforms, and when the project launches, investors get their crypto from the exchange too.

What Prompted this Change in the Funding Paradigm?

The loss of trust in ICOs did. Much like with the crowdfunding craze that took the investors market for a spin early in the decade, ICOs were all the rage just two years ago.

And just as with the crowdfunding craze, plenty of ICOs failed or simply happened to be all-out scams. Turns out when you have a market full of people who’ll buy anything- thinking they’ll make money- you attract scammers. Who could have thought?

Curiously, ICOs have in fact been compared to crowdfunding projects that offer equity. Proving, once more, that the crypto market isn’t all that different from several already existing markets. It surely is one major way to create your cryptocurrency and monetize it.

Anyway, ICOs slowly lost the goodwill of many investors over time due to this. While any investment is always a risk, it’s one thing for a project to fail due to market changes. It’s quite a different thing when a project fails because the project manager blew the money on a trip to Thailand.

As more and more scams were uncovered to the point where there’s a website tracking them, investors started raising their requirements to invest. As such, new crypto projects found it harder to attract investors like before. This had the effect of both raising the cost of the ICO, as the paid advertisement was a requisite. And this was the doom of many projects as lack of interest set in.

With the market slowing down, and ICOs seen as scams, crypto exchanges came up with the idea of IEOs. It was Binance who first launched them, with several exchange platforms the following suit when Binance found success. IEOs were, after all, easy ways to make money for crypto exchanges. But again, cryptocurrencies for global financial market possibilities took the centerstage.

Right. So now, ICOs are extinct?

It’s not really as simple as that. In some ways, IEOs have taken over the space ICOs used to occupy. However, we shouldn’t call it over for ICOs just yet.

IEOs offer extra assurances for investors and more than a few convenient features for developers, but they’re not without their problems. Whether it is to earn cryptocurrency with dApps or create a new blockchain altogether, a new rule is here. IEOs require a crypto exchange to embrace your vision.

Yes, it sounds great. Having a crypto exchange backing a project means it is likely to succeed. It means it has a proven record and a space in the market. Crypto exchanges will act as gatekeepers.

Do you know what else works like this? Hollywood. And that’s why we get new films every year with the same actors. When you reduce a market to a handful of gatekeepers that need to protect their bottom line, the market starts accepting only tried and true projects.

Which in turn has the effect of stifling innovation and risk, leading to stagnation?

So is this the End? Will the Blockchain Community Stagnate?

That’s not likely, considering the open-source community, for all its shortcomings, is nothing if not creative and innovative.

But that’s precisely why counting ICOs out yet would be very shortsighted. Assuming exchange sites will take over the market means being willing to give up risky endeavors. Yes, risky endeavors are, well, risky. You can lose your money from investing in them.

Do you know what was a very risky endeavor? Bitcoin. And here we are. That little project many thought would fail and that was considered high-risk by most, started a new era of blockchain technology. Today, bitcoin value is more than 50,000x its original threshold. If you want to buy bitcoin quickly then find a site where you can buy bitcoin with a credit card and no verification.

High-risk projects are necessary if you must make high returns. But it’s highly unlikely crypto exchanges will take many of those, as any IEO-funded project that fails will look poorly for them.

So the take here is, ICOs aren’t likely to be dead. We will be seeing fewer ICOs from now on than we did in the last few years, but then again that’s a good thing. It’s impossible to keep up when there’s a new crypto project launching an ICO every other day.

Still, we will see ICOs because some legit projects won’t have an alternative. And many people in the tech world will stop at nothing to make their vision come true, so they’ll go solo still. Some of these new ICO-funded projects will succeed.

And, in all honesty, whatever comes next that revolutionizes the crypto world might come from an ICO than an IEO. Not an outright bet: but risky endeavors are the ones that change the world.

Stevan Mcgrath, is a Bitcoin and cryptocurrency enthusiast, passionate about the potential these tools and blockchain technology bring to the world, and writes consistently for CoinReview. He has been following the development of blockchain for several years. To know his work and more details you can follow him on Twitter, Linkedin.