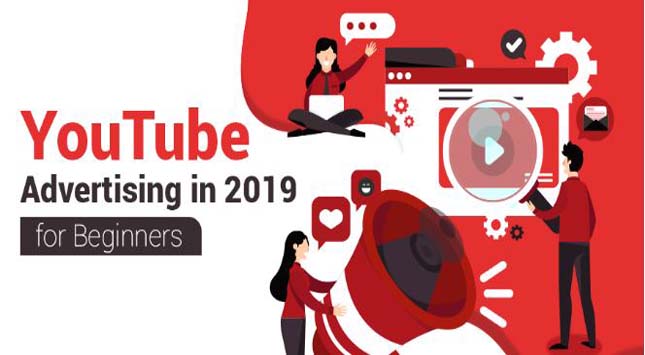 Every publishing channel out there uses algorithms to categorize and organize their content. Each of the unique algorithms present on the internet plays a crucial role in dealing with an audience and keeping them happy.

Although most channels are quiet about their secret algorithms and their workings, some of them are fully transparent. YouTube is the most popular video platform in the world and as of late it has not been animation’s best friend.

There have been many changes in YouTube’s algorithm that have sparked controversy and considerable debate. Creators have found their livelihood threatened and animators have dealt with the brunt of the alterations. There has been much analysis of the company’s methodologies and how it has been excluding certain art forms, such as animation.

Earlier this year, YouTube underwent a massive change. Its software was altered to boost only “quality content”. This was mostly geared towards children’s animated content, where traffic was sent to certain channels while others were ignored. This led to some kids’ channels being buried completely and regulating any animated content to an extreme. The reason behind such drastic measures was the security of underage viewers: the service needed to be safe for kids.

This alarmed a number of creators who were already worried about their means of earning. Their entire livelihood was now dependent on an enigmatic algorithm. Hence came a storm of protests from many creators who wanted things to revert back. However, YouTube failed to deliver on this. An increasing number of animators were troubled by these seemingly permanent developments and to this day their content is bringing in lesser traffic.

YouTube has marketed itself as a platform that gives a voice to everyone. It believes in freedom of expression, information, and opportunity. Why is it than sticking to an unfair algorithm that threatens people’s revenue? There have been overwhelming amounts of criticism regarding the standard of the platform today. People believe that YouTube is no longer living up to its image and is thus losing viewership. Why is this happening?

Since the platform was marketed as “inclusive”, it provided a means for all kinds of creators to showcase their interests and craft. Unlike mainstream media requirements, YouTube was a one size fits all stage for all creative people to express themselves on. This has changed recently, with the reduction of traffic going towards animated channels and smaller creators. There are less honesty and less inclusivity, which is a complete downgrade.

The idea of transparency came from monetization of videos and how the algorithm decides which videos should make money. The policies seem a little blurred in 2019 and it is a mystery how some videos can get demonetized for no reason. This is especially true for video animation as there are fewer opportunities for creators from this sphere to grow. There is less trust in the brand and lesser accountability for YouTube’s actions.

“Freedom to belong” was part of YouTube’s brand which led the way for diverse communities to get their backing. However, YouTube has had considerable trouble in keeping up with this initial promise. The lack of involvement in reducing hateful content has been heavily criticized, which does no favors in reinforcing the brand. Although updates are celebrated in most cases, these new ones are not receiving any positive feedback.

YouTube has changed its algorithm to feature only “premium content”. The rewards for video views have now been changed to upload frequencies and minutes within the video. Therefore, channels that focus on the latter two receive more prominent recognition than those who do not. This also leads to more attraction from advertisers who will pay higher CPM rates. However, this does not bode too well for animators.

Animation takes time and effort: it is a more labor-intensive process than simple YouTube content. Animators are unable to create longer videos or upload as regularly as the average creator because their craft takes a lot of time. Since YouTube treats all content on the same level, animation receives no differentiation benefit. Animators are at a disadvantage from the start because their financial value is the same as someone who does weekly or daily vlogs.

There are many other reasons why animation is finding it hard to garner revenue from YouTube.

The Process is Expensive

The animation is considered a high dollar product, which has a lesser chance to be successful. Since it is already expensive to produce, it is facing a range of different challenges. Animators have realized that they may as well look towards another platform for more success in their craft since YouTube is no longer investing in their work.

In many aspects, animation studios have shied away from the world of YouTube. They are moving towards other hosting sites to promote their content, which is why YouTube’s all-inclusive dream is so flawed. Where there is no economic success for a certain group of people, the notion that YouTube is friendly towards independent creators is false.

Here is the main issue with animated characters: they are not real. This is why the biggest competition for animators out there are real-life celebrities. Kids’ channels such as Nickelodeon and Disney Channel are inviting child stars on their network to stay relevant. Their audience stays hooked, and they keep making money. This is easy to accomplish with real-life people but it is hard to invite fictional characters to live appearances. Generating any kind of fan excitement is also an unreachable feat.

The golden age of YouTube is over. Animation does not go hand in hand with its new interests and the algorithm is still rocky in promoting such kinds of content. Animators want to create and upload their own independent work without interference from higher-ups, or the impending fear that they won’t be able to make rent this month. Thus, most studios are starting over on different platforms.