An Introduction to Cloud-based Regression Testing and its Benefits 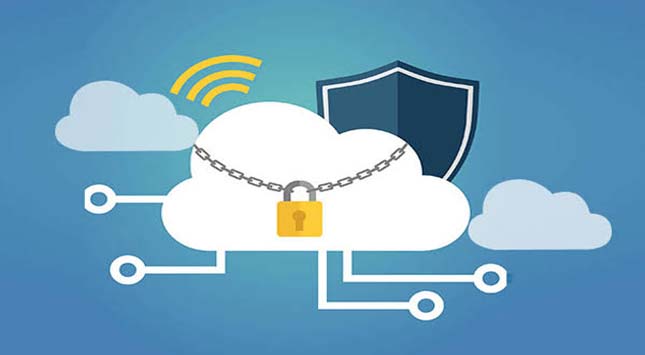 Nowadays software solutions and applications have become so complex, that they are capable of seamlessly running on several devices, operating systems, browsers, and networks.

Also, audiences look for applications that can be leveraged on any platform irrespective of make, model, etc.

In short, platform independence and constant efficiency are imperative currently. The challenge for software development companies is to develop and deliver such applications at a faster time to market without conciliating with the quality.

Besides, there may be circumstances when an application even after delivery needs to be updated with more features or functionality based on market requirements or customer demands. Software developers must ensure that such new features can be seamlessly implemented into existing application architecture without any disruptions or delays.

Also, they must ensure that the new addition does not affect the existing features or impact the application negatively. Especially for cloud-based applications, new upgrades or technological integrations are constant.

Cloud applications depend on cloud computing, service models, and cloud service providers such as Amazon AWS and Microsoft Azure for constant improvements. Therefore, it is absolutely necessary to test the applications and make sure that the application works efficiently with the new upgrades.

To avoid negative impacts and ensure the application performs exceedingly well under every circumstance, the end–to–end regression testing is implemented.

In the regular regression testing, alterations done in the software backend are analyzed to detect if they are adversely affecting the existing features or application functionalities. This can be especially significant for the Agile-DevOps teams in an enterprise because they focus on strategies where development and testing go together simultaneously.

Essentially, every cloud based software or application will have to undergo constant updates to remain competitive and in sync with the operating systems, or browsers, or to meet customer demands. This is where software regression testing becomes a consistent highlight in the product development lifecycle guaranteeing that the renewed or upgraded version of the application is free from errors and functions as expected if not better than expectations.

However, performing such complex tests and keeping up with the continuous application upgrades every time, can be time-consuming and expensive.

So, How Can Enterprises Make Regression Testing Faster, Cost-Effective, And Convenient?

Since the updated application or software is already live and is being used by the customers, they must be tested quickly across device platforms without making any disruptions. This is possible with end–to–end regression testing on the cloud, here the software solutions can deliver optimal performances and enhanced user experiences irrespective of the varieties of devices used.

It becomes even more essential in Agile testing, as it ensures that there is no adverse impact on the software due to recent changes. Since, all the testing tools, infrastructure and technologies are leveraged from the cloud on a pay-per-use method, the costs of conducting cloud based regression testing are very less than the traditional regression tests.

Here, software development companies or test automation services companies will not have to invest in the complete tools or test infrastructure, rather rent the resources just for the tests. Cloud service providers such as Amazon AWS and Microsoft Azure provide all necessary regression testing resources that make it much easier for the agile or QA teams.

With software or application updates released almost every week, regression testing has become a new norm because it considerably helps in testing every update faster and is much cost-effective.

Benefits of Cloud Based Regression Testing

Cloud is one of the most influential technologies for businesses, enterprises, and even the general public. It has made resource utilization, team collaboration, and unlimited storage more easily accessible. Cloud testing is also one of the most widely accepted test strategies nowadays.

It has been widely accepted by companies of all sizes and domains. From large-scale multinational corporations to small and medium businesses, the cloud has become a part of every business digital transformation plan.

Here are a few significant benefits of cloud-based testing:

The COVID-19 pandemic has made remote working and testing from anywhere more imperative. Cloud based test management and regression testing have helped testers from all around the globe to collaborate and conduct tests in shared servers easier.

By leveraging the cloud platforms, test engineers and QA teams can now log in from different locations on any device type at any time to obtain access to the ongoing testing project.

The elimination of depending on physical hardware or infrastructure can provide infinite opportunities in the virtual world. From Facebook’s Metaverse to VR technologies, virtualization is becoming the trend of the future world. This virtualization plays a huge role in testing as well.

As testers or QA teams are not limited to any real-world physical test devices or tools, in the cloud-based virtual or online testing, they can access infinite amounts of test resources.  It significantly empowers enterprises to achieve the best results with greater flexibility and efficiency when compared to non-virtual tests.

Cloud-based regression testing enables QA teams to run scalable simulations of real-time virtual users at considerably lower costs. It tests the application or software performance under innumerable real-world conditions. Without the use of the cloud this would not have been quite possible as the tester will have to wait for resource availability or test generators.

With cloud-based regression testing, software or application development and testing can be performed simultaneously. The errors can be identified during the development itself and changes can be made in the initial development cycle itself. Therefore, it increases the performance at the earlier stages and will help prevent developers from building the next layer on a defective layer.

Similar to AI or IoT, Cloud has also proved to be absolutely imperative in improving enterprise efficiency and business operation. As more applications are migrating to the cloud architecture to include more scalability and flexibility, there is no doubt that cloud-based testing will provide more benefits in the upcoming future.

Testing service providers and software development companies that have invested in the cloud will reap better results, optimized costs, and employee satisfaction.

For companies that have not invested in cloud technology, this is the right time, make the right choice and improve test strategies before it’s too late.

Ricky Philip is an industry expert and a professional writer working at ThinkPalm Technologies. He works with a focus on understanding the implications of new technologies such as artificial intelligence, big data, SDN/NFV, cloud analytics, and Internet of Things (IoT) services. He is also a contributor to several prominent online publishing platforms such as DZone, HubSpot and Hackernoon.

OneDrive vs Google Drive: Can You Make the Right Choice?