The Best Streaming Services in 2022 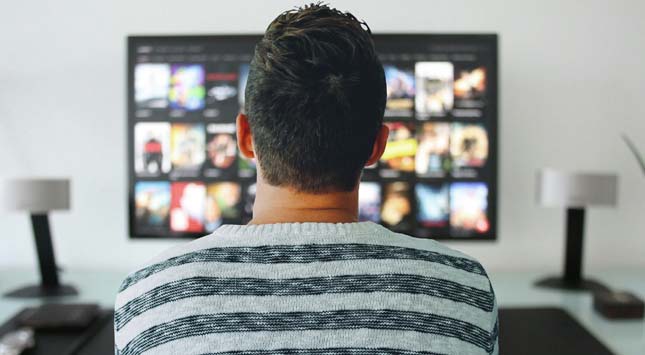 With more streaming services available every year, they allow you to stop overpaying for cable and channels you don’t need while having access to thousands of television shows and movies new and old. Here are the best streaming services in 2021.

If you’re a big fan of HBO, then HBO Max is going to be your favorite streaming service. It has all of the same shows as HBO, including Sex and the City, Game of Thrones, and new shows currently on television.

Not only that, but since HBO Max rebranded HBO Now, it has added more movies and television shows from other channels, like Friends. HBO Max’s partnership with DC allows you to watch all of the superhero movies from the comfort of your couch.

With more options than ever and access to quality HBO shows new and old, you can see why HBO made the top of our list. The only downside to HBO is that it comes with a higher monthly cost than most.

Netflix is still looking for its next big hit, but it’s one of the best streaming services for its price and variety of television shows.

Netflix is one of the original television streaming services you’ll remember, which is why it works so hard to remain on top. As you’ve known for years, Netflix offers unlimited streaming of television shows, movies, and stand-up comedy specials, along with original programs.

Netflix constantly adds and takes away movies, so you might not always be able to find what you’re looking for, but you’re sure to find something to watch.

Disney Plus is also starting to release new movies, like the live-action Mulan, for an additional cost, and all of its original programs are popular.

Hulu provides you with access to the latest television shows without the need to get a cable box. This streaming service gives you access to major network shows like CBS and NBC, along with a handful of shows the day after they originally air. Subscribers can also watch a show’s current season, depending on their Hulu subscription plan.

Sling TV is one of the more expensive options, but if you like traditional cable, then it’s worth it and still cheaper than your cable subscription. With Sling, you’ll pay a monthly subscription for 30 channels that you can watch in real-time. The best news is that there’s no contract, making it ideal for ESPN fans. Other popular networks available on Sling are TBS and the Food Network.

If you have an Amazon subscription, then you’re already paying for Amazon Prime Video. Just like Netflix, Amazon Prime Video offers a buffet of movies, television shows, and original programming. One of Prime’s biggest hits is The Boys.

Amazon Prime also offers an extensive array of children’s programming and unlimited access to a collection of old HBO classics like The Sopranos. You can also purchase and rent any movie you want through the streaming service.

Fubo TV is the go-to streaming service for anyone who wants to watch live sports. The standard plan is a little pricier than your Netflix subscription, but it offers over 120 channels, including major broadcast and cable networks. Unlike its competitors, it has 4K streaming for some content.

Fubo’s lineup is one of the largest, but it has ABC and ESPN, making it the top service for NFL fans.

If you like cheesy action movies, then check out Crackle. Crackle is completely free and owned by Sony. It offers movies, television shows, and original programming that rotates. There’s no subscription or additional fees, but you will have to deal with a lot of commercials. While the material isn’t the latest hits, it consists of movies and television shows you’ve heard of, such as The Terminator.

Youtube TV has been around since 2017, but it now offers almost all of the top television networks, including ABC, CBS, Fox, and NBC. It also introduced 4K streaming for an additional $20 per month.

The biggest downside for most is that many aren’t willing to pay an additional $20 per month for 4K when it’s free with other streaming services. YouTube TV’s package also comes with a higher price but a variety of content.

If you’re looking for nostalgia, then check out Paramount Plus. Formerly known as CBS All Access, Paramount Plus offers live news and sports with on-demand shows and movies. This streaming service offers lots of content and original series with a low starting price including ads.

Apple TV plus is one of the cheapest options because it’s still relatively new. It also has high-end features like 4K and ad-free streaming. Apple TV Plus, like HBO, offers original content and no backlog of shows or movies to watch.

While it now has many original programming shows and movies, if you’re someone who enjoys watching movies you’ve already seen, then Apple TV Plus isn’t for you. The app is also only available on Apple products such as Apple TV.

Many people have multiple subscriptions depending on what they like to watch. For example, if you enjoy new and old television, you can’t go wrong with Hulu, Netflix, and HBO Max.

Marné Amoguis holds a B.A. in International Business from UC San Diego. She is a contributing writer at 365businesstips.com where she loves sharing her passion for digital marketing. Outside of writing, she loves traveling, playing music, and hiking.