How Much Control Does Google Have Over Android? 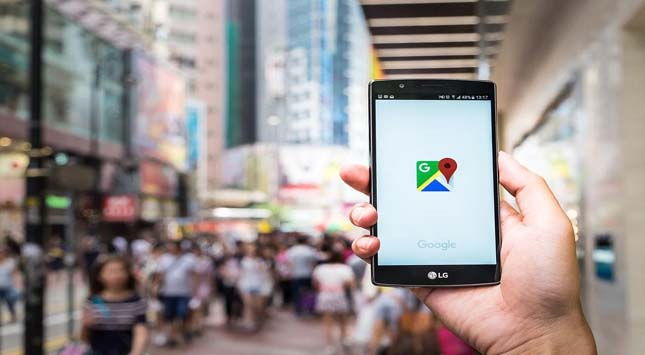 Until recently, many people treated the Android operating system as an open-source project.

It was only after the Huawei disaster that we realize that Google has more control over Android than we imagined.

And this begs the question: How much control does Google has over Android?

But before we answer that, let’s first recap where it all started.

By introducing the original iPhone in 2007, Apple captured many people’s imaginations and, consequently, ushering in the modern smartphone era.

In light of this development, Google launched Android as an open-source project. In that era, the search giant was terrified that if it does not act, then Apple would end up calling the shots in the mobile space.

You May Read: How to Recover Deleted Files on iPhone

According to the team behind the Android Open Source Project (AOSP), the future of unchecked iPhone competition looked bleak. If Apple were to lock out Google Search out of iPhone, then most users would stop using it on their desktop devices. So, from the start, Android was designed to protect Google’s online properties in the mobile arena.

Open Source Isn’t as Open as Most People Think

While the core operating system is pitched as an open-source project, things become trickier when it comes to the Android support, as many vendors rely on Google. Let’s also not forget that the tech giant controls access to a lot of add-on bits of applications, including:

You May Read: Awesome Google Tools

Huawei Disaster Reveals It All

After the Huawei disaster, it became clear that Google still maintains an iron grip on Android than most people realize.

Most device manufacturers – also known as Google hardware partners – need Google support to use the Android platform effectively. Working with Google-less Android forks would most likely be a setback to these partners. So, they have little choice but to play by Google’s rules.

Sure, mobile devices can do a lot out of the box, but operating systems like Android rely on third-party developers to augment their capabilities. As we have already seen with the struggles of Blackberry 10 and Windows phone, app selection is everything in the mobile space.

Updates have been the main challenge with the Android OS. Past attempts to fix the issue have not been successful. But recently, the company introduced Project Mainline, which look promising.

The new initiative will not only make system updates easier, but it will also give Google more control over updating core parts of smartphones. So, it is a smart move for Google.

Meanwhile, Google has stuck to its strategy of pairing an open-source code with vital proprietary services and apps. Therefore, convincing phone users to switch to a Google-less OS would be too disruptive. This situation brings us to the question: how hard is it for manufacturers to work with a Google-less mobile operating system?

You May Read: Embed Google My Business Reviews on Website

Google’s strategy of controlling the Android platform and discouraging Android forks has not gone down well with many parties. Be that as it may, there is nothing much they can do to change the situation.

Any attempt to replicate the Android experience, without the linchpins like YouTube and Google Maps, will most likely result in a below-par experience to what is offered by the Android platform.

Moreover, only a bunch of developers would quickly release versions of their apps for a new OS. The other consequence is that any OS replica would face a marketing nightmare. A change of this nature would require a dramatic rethinking, be it in design, marketing, engineering, and more.

Speaking of Android experience, users can get more from the platform if they improve their smartphones’ performance using an intuitive Android cleaner and booster. The good thing is that you can download the best Android cleaners for free. Be sure to check out Software Tested for Android cleaner tips.

You May Read: Google Analytics

While Android is still intact for now, it is facing a growing resistance across the political and technological landscape.

Even before Huawei’s Android loss, several players had tried to opt-out of the Google-controlled Android platform. Amazon was the first to do that with its release of the Fire Tablets, which have something similar to Android. Under the hood, all your apps will come from Amazon Appstore.

Similarly, Samsung tried to walk a middle ground. The company runs some of its devices on its Linux-based Tizen OS. LG has also bought WebOS to run its smart TVs.

Last year, Google faced it rough when EU antitrust regulators hit it with a $5 billion fine. The punishment forced the US tech giant to rework on its licensing model for Android in the EU region. Before this incident, Russia had already unbundled Android in favor of local tech solutions.

You May Read: How to Recover Deleted History on Android

While Google may not have powers to close Android completely, it is doing everything it can to gain leverage over the Android Open Source Project. Under normal circumstances, this project should benefit everyone, thus lending credibility to Google’s claim that Android is ‘open’.

For companies who can’t afford or are unwilling to switch to an alternative operating system, they can leverage Google’s massive resources to customize a variation of Android to suit their consumers. The only challenge is that they have little choice but to play by Google’s rules.

A Computer Engineer by degree and a writer by profession, Cathy Trimidal writes for Software Tested and Outbyte. For years now, she has contributed articles focusing on the trends in IT, VPN, web apps, SEO, and digital marketing. Although she spends most of her days living in a virtual realm, she still finds time to satisfy her infinite list of interests.