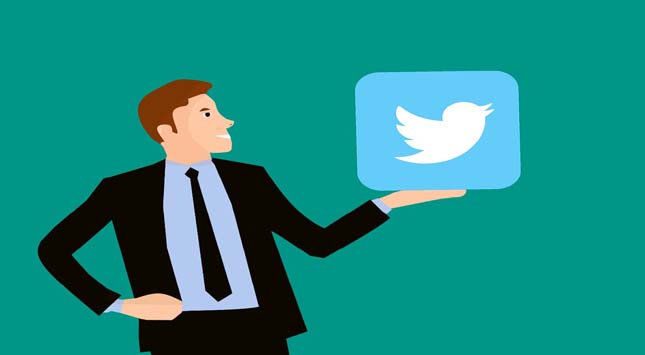 Twitter is an America based social networking site on which a user interacts with others through posting messages called ‘tweets.’ A lot of people have gained fame and followers through this platform. It has also become a trusted source of news and information for people. Here are some facts that only an expert would know about Twitter:

1. Tweets Can Be Sent As a Text Message.

Twitter gives you the option of sending your tweets with a text message, which seems evident if you look at the word limit on twitter, which is quite identical to an SMS.

You can also receive texts when someone retweets your tweet of starts following you. This makes twitter very mobile friendly.

Twitter is a keyword-based application i.e., it identifies keywords used in a tweet to determine what is trending and shows relevant content when searched for. Using the right keywords can increase the views on your tweets and hence your followers.

According to research, one should tweet between 9 am to 3 pm and between Monday to Thursday. This is the time when content engagement is maximum and is more likely to go viral.

4. The Right Amount of Tweets

There is a fine line between adequate tweeting and tweeting too much, which one should pay attention also. According to research, one should never tweet more than 14 times a day or more than once in an hour. Tweeting too often can annoy your followers, and hence you might end up losing them.

The use of appropriate images makes you more attractive. People pay more attention to the visuals rather than the text. So one should keep in mind to use an image that catches the people’s eye as well as is related to the book. Also, you can extract the twitter to mp4 link from the tweet and you can save twitter videos to your computer, android or iPhone.

Hashtags play an essential role on Twitter. They can increase your engagement with the public by 100%. They help to identify the contents of your tweet and organize them accordingly. They can make or break your game on Twitter. But one should not use too many hashtags either. You should keep in mind that the number of hashtags you use should not exceed the number of words in your tweet. It is ideal to use three hashtags per tweet.

Twitter can be hard on you sometimes, but with this knowledge and an adequate amount of time on this social media platform, you too can become a Twitter expert. The more you use hashtags, the more participation we’ll be receiving on our tweets. Using hashtags will help you to grow your twitter followers and improve your reputation and can gain more information.

Note: The hashtags posted with the tweets should be related to the content so that it could reach the targeted audience.

Do you know by creating a private follow list on twitter you can stalk up on many other users without following them you can either make your private list or can also subscribe to files created by other users and by this you can convert your twitter feed into a streamlined way accessing to only that information which is required by you?

You can Stalk up on other People Twitter feeds just by adding them to the list, and there is no need to follow those persons, and you can remove them from the list whenever you want.

Here, the word traffic is referred to the viewers and thereby the above heading suggests, to tweet at that time when you can reach more crowd that is when more audience is online because a single tweet hits about 75% of the total engagement in the first three hours of tweeting on twitter. So, tweeting at the time when more audience is available will help you to increase the reach of your content as more the audience available online, the more views you can earn on your post.

Research from premium sites like Hootsuite claims that the best time to post a tweet is 3 pm Monday to Friday. So, one should try to tweet consistently around this time. It may happen that in your profile, the maximum crowd will not be online at the specified time, so users can use tools like twitter analytics to adjust your schedule and find out the best time to reach maximum people.

Usually, twitter consists of a character limit of 280 words. And many times, it happens that your content crosses the mentioned word limit and thus unable to post the full content in a single tweet. So, to tweet large paragraphs, one can represent those paragraphs in pictorial form. This will help you to overcome the character limit. For a pictorial representation of text, one can take the screenshot of the note in your mobile phones and laptops and create graphics to make your image look attractive and add branding in your tweets.

Or, one can also represent the text in the form of a gif to make it look more custom and dynamic. The pictorial representation will make your content attractive and thus, resolving the problem of character limit too.

10. Bookmarks “The storage of Tweets.”

Bookmarks act as storage for tweets. On Twitter, if you plan to revisit a tweet you have come across, you can add that tweet as a bookmark and can visit that tweet whenever you want. This will save both your time and efforts in searching that tweet again and again.

Later on, if you wish to find your bookmarked tweets, you can go to your profile, scrolling on to the bookmarks section where you can review your saved tweets anytime. You can also view it on your mobile by switching to the mobile mode by just simply adding “mobile” before your twitter URL.

So, above were some cool hacks that you can use to learn more about twitter and to make yourself a twitter pro.

Happy Tweeting to You!