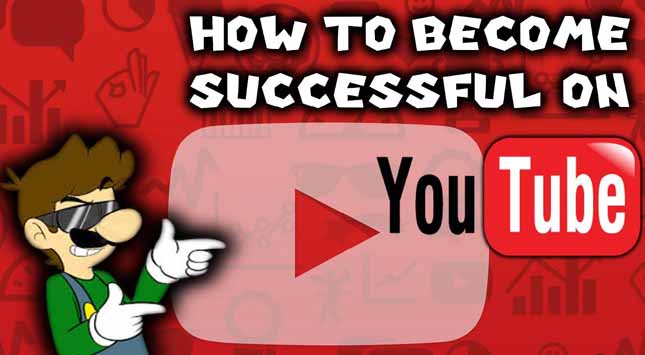 It’s so easy to start a YouTube channel these days. You just need the right equipment and some time and off you go.

What isn’t easy is growing a following and making money off of YouTube. There are videos being uploaded every second of the day to the platform. Some are great and others not so great, but the thing they all have in common is that they are not likely to be seen by anybody.

Standing out in a crowded arena is easier said than done and many YouTubers give up shortly after they’ve started. It is a lot of work with a little reward if you don’t do it right.

In this article, I will go over the ways that you can grow your YouTube channel and become a successful YouTuber.

General YouTube channels that have no particular topic are doomed to failure. It would take a miracle or a large following on other social media platforms to be able to be successful in doing that.

And, picking a large and saturated topic to cover is not any easier. Again, if you are in a crowded field then standing out is going to be difficult.

The way to go is to find a small sub-topic to concentrate on also referred to as a niche. This will include a smaller topic within a broad one that is not being served by other YouTubers.

An example would be a channel about Bitcoin and cryptocurrency. There are already far too many YouTubers who are making videos about how to trade Bitcoin. The platform doesn’t need another by you. But, if you were to focus on topics within the cryptocurrency world that others aren’t talking about, then you can build a loyal following. An example would be “How to open a bitcoin account in Bangladesh”.

When you go small like that, then there is less competition and you are likely to have your videos seen. Keep making similar videos and after a while, your channel will grow.

The YouTube algorithm may be kind to you and put your videos out to a large audience, but don’t count on it. New videos get a short boost but if they don’t get clicks they will fall quickly back in the rankings.

If you are sending people to your video, then YouTube will notice this and recommend the video and channel to others. Try building up a social media following and then promote your channel there.

This will be to your advantage since the people going over to YouTube are already interested in what the video is about. They will watch more of the video than a casual viewer which gets rewarded by the algorithm. And those fans that you send are more likely to subscribe.

People love getting free stuff so offer to award some kind of prize through one of your videos. It could be a free product or service, or you could literally buy something for the winner from Amazon and send it to them. These types of videos get lots of views and are commonly shared so you’ll often get a boost for your channel.