How Upcoming Smartphones are Losing Their Meaning 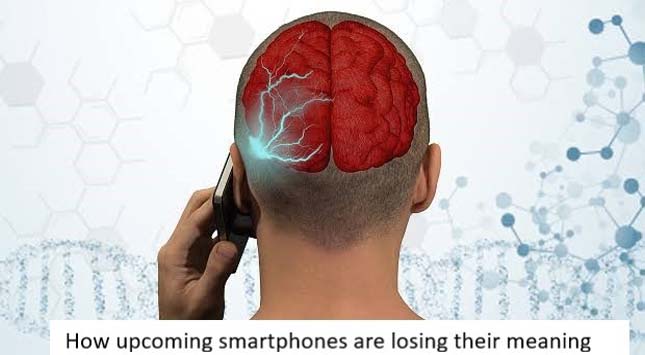 Probably, it sounds absurd that how upcoming Smartphones are losing their meaning but in this era of the mobile rat race, it’s the reality. Back in the past, a mobile phone was mere a wireless telephone to communicate and now a hybrid of television, camera, music player, gaming console, minicomputer, etc.

You might be wondering it’s for better good that all these things are available in one gadget then how upcoming Smartphones are losing their meaning. Well, the reasons are a little different.

Talking about Smartphone developers, they are researching tirelessly to invent and enhance features and adding them to phones.

They are focusing on bigger displays, more cameras, bigger battery, and so on. While doing so they are forgetting the basic key feature of a Smartphone, BALANCED OUPUT for the users. Let’s have a look at BALANCED OUPUTs to justify the statement of how upcoming Smartphones are losing their meaning in real.

A good Smartphone must deliver stunning display quality to its user so mobile manufacturers have facilitated the market with 2K and 4K LED screens. But the size they are offering like 5.5″, 6″ or 6.2″ inches, do not comply with the fact that it’s user friendly.

A normal human hand can access only a 5-inch display area and to reach the rest they have to stretch the thumb or adjust the Smartphone in an uncomfortable way and in some cases use the other hand.

So here a user has to deal with some serious muscle soreness during a long period of Smartphone operations and that is not healthy. If a user had to use a bigger screen they would have gone for tablets rather using uncomfortable phablets.

Hence, upcoming Smartphones are losing their basic key feature of being easily operatable. So it will be really a blessing for the majority of users that Smartphone manufacturers keep the screen size between 4-inch to the 5.5-inch max to deliver hassle-free experience.

An ideal upcoming Smartphones must have the juice to last a day with moderate uses rather they are lasting a day with heavy uses thanks to 3500mAh – plus batteries. It’s not good because a Smartphone is meant to save time of users not making them stick to the screen for day long.

So an ideal user will be happy with smaller batteries as all they would do is call some people, browse on the internet, an hour of video streaming, some hours of music, and a little dose of games. Whereas, the Smartphone today is making it’s user SLAVE as Smartphone are used for excessive periods. Therefore smartphones with moderate battery ranging between 2800mAh to 3300mAh would be sufficient and not excess. As excess of everything is bad.

When Smartphone are used they emit some radiations that are measured in SAR value scale. SAR means Specific Absorption Rate in watts per Kilogram. Now many readers might thinking what this SAR term really denote and why is it matter of concern.

Well, SAR value is measure of the maximum radiation energy absorbed by the exposed tissue of a human being using a mobile phone, over a given time period. In simple words, the power absorbed per unit mass. So higher the SAR value, higher the risk of humans facing health issues like headaches, sometimes burns of skin and in worst case it can cause cancer in long run. Reports suggest, we keep our Smartphone handy with us and that can cause heart issues and impotency too.

So we know that radiations emitted by smartphones are harmful and a safe limit of SAR value is below 1.6 watts/kilogram as per US regulations. But some studies suggest that it should be around 0.9 watts/kilograms of SAR limit keeping 8 hours of average daily uses of smartphones.

However, smartphones today, have a minimum SAR value of 1.2 watts/kilograms, and companies like Apple, One Plus, Xiaomi have Smartphones with an average SAR value of 1.5 and that’s gambling with the health of heavy mobile users. This is how Smartphones are losing their meaning.

Hence, Smartphone manufacturers should focus on decreasing the SAR values of their upcoming Smartphones for the greater good of the users. Now, we can clearly see that the topic of this article has some meaning rather being absurd. Do you agree that upcoming Smartphones are losing their meaning? Let us know in the comments.

Missing Android’s 3-Button Navigation? Here’s How to Bring it Back

4 Ways to Unlock your iPhone if you Forgot the Password